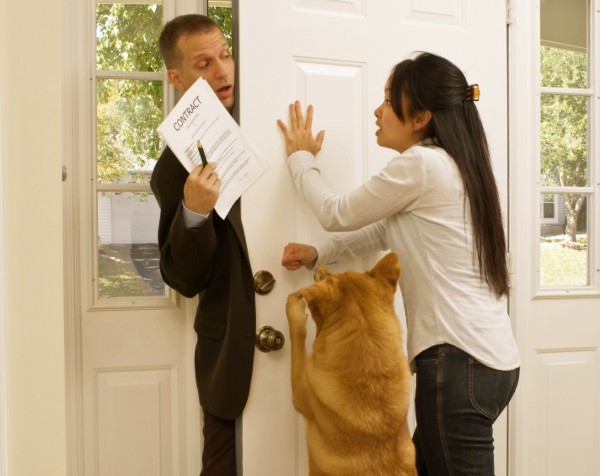 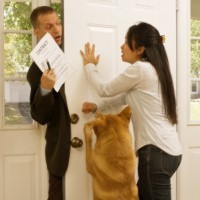 Energy providers Origin Australia and EnergyAustralia have been hit with a combined $3 million in penalties by the Federal Court of Australia over dodgy sales practices.

It is not the first time either company has found itself in hot water over misleading conduct, after the Australian Competition and Consumer Commission instituted proceedings in regard to Origin’s ‘DailySaver’ plan last May.

The court this week found Origin and its marketing company SalesForce Australia had engaged in a range of unlawful conduct in breach of the Australian Consumer Law when selling its electricity contracts door-to-door in New South Wales, Victoria, Queensland and South Australia in September 2013.

“Anyone dealing with consumers who have some sort of obvious inability to understand English or understand what they’re committing to, need to be particularly wary,” says Harris.

Harris says the ACCC is likely to have included Origin’s past breaches of consumer law in its submission and the court would have considered these when allocating the $2 million fine, the highest to have been ordered against an energy retailer, according to the ACCC.

The penalties, which also include a $325,000 fine for SalesForce Australia, follow a similar fine of $1 million last week against EnergyAustralia over its phone sales tactics.

In action brought against the company by the consumer watchdog, the court found EnergyAustralia had made false or misleading representations and had engaged in misleading or deceptive conduct when calling consumers to sell its electricity and gas plans. EnergyAustralia self-reported the matter.

The court found Bright Choice Australia had signed up a number of consumers in Victoria, NSW, and Queensland on behalf of EnergyAustralia over the phone without their knowledge or consent.

But Bright Choice in fact recorded consumers as having agreed to the contract and “Welcome Packs” subsequently sent to them actually contained contractual documents.

It is also not the first time EnergyAustralia has been fined over its sales methods, after it was fined $1.2 million in April last year for dodgy door-to-door sales.

Harris says the ACCC has got energy providers in its crosshairs.

“I think they’ve definitely had a focus on the energy companies. Not just in terms of unconscionable conduct, but also unsolicited consumer agreements,” says Harris.

“If you’re dealing with consumers on an unsolicited basis, if you’re making appeals to them, you need to understand all the laws that apply to that sort of conduct.”

Harris says companies need to be aware of permitted calling hours, need to tell consumers why they’re calling, give consumers the option to ask them to leave and tell consumer about cooling off and termination periods.

Origin Australia issued a statement to SmartCompany apologising to customers who were affected by the behaviour.

“We’re extremely disappointed that a number of customers had a poor experience, and while the conduct in question was performed by a third party on our behalf, it’s our duty to ensure that anyone who represents us reflects our behaviours and values,” said the Origin spokesperson.

EnergyAustralia released a statement saying the conduct occurred without EnergyAustralia’s knowledge and was in contravention of contractual, training and scripting requirements.

“Firstly, we would like to say sorry to anyone affected by this matter,” said Angela Jaric, general manager of regulation and compliance.

“Our customers are our priority and we have implemented a remediation program which involved contacting impacted customers to confirm they had agreed to sign up with EnergyAustralia, and to give them options for their ongoing gas and electricity supply.”

“Internally, we’ve learned valuable lessons and have made improvements including increased training for staff and enhanced monitoring, reporting and measurement of third party vendors”

“We have also established a quality assurance program to ensure any third party vendors abide by all relevant legislation, laws, regulations, standards, codes and internal policies.”