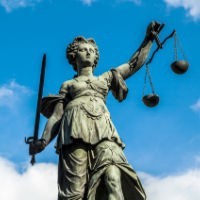 A Western Australian property manager, Van Dung Nguyen, formerly of Girrawheen, Perth, has been banned from holding a real estate and business agents’ licence, as well as a triennial certificate, for five years. He was also fined $3,000.

Nguyen failed to deposit rental income into a trust account, receiving $13,660 from a tenant for rent, water rates, strata levies and management fees between January 2012 and October 2012, which he then used to pay personal expenses and unrelated business expenses.

He operated Golden Investments Pty Ltd, which is now deregistered. The owner of the Girrawheen properties was left out of pocket.

Nguyen filed for bankruptcy in September 2013 and now lives in Queensland.

The fine was decided at the Western Australian State Administrative Tribunal on 20 November 2014.

Commissioner for Consumer Protection Anne Driscoll said that income from rental properties needed to be kept separate to the operational account.

“The law requires that rent and other payments from tenants must be placed in a separate trust account so that the transactions are transparent and the funds cannot be mixed with the day to day financial operations of the agency,” Driscoll said.

“This allows for easy auditing and gives both the tenant and property owner confidence to know that their funds are being used appropriately.”

She noted that real estate agents who take money from the trust accounts, even on a borrowing basis, to pay operation expenses are breaking the law.