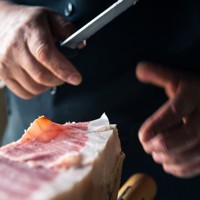 A Sydney-based retail chain of more than 30 butcher stores has collapsed, owing creditors about $17 million and leaving workers with uncertain futures.

Tarleton & Peters, which trades as Peters Meats, went into administration on September 2.

According to its website Peters Meats is a business with 32 retail stores across greater Sydney with more than 50 years’ experience in the industry.

Trent Hancock of Moore Stephens Sydney has been appointed as administrator of the company and earlier this week began advertising for urgent expressions of interest for the purchase of the business and associated assets.

The first meeting of creditors was in Sydney on September 14.

“Other creditors are also being assessed,” he says.

Hancock says the focus is now on trying to sell about 20 of the 32 businesses in the chain, with the focus on keeping Peters Meats trading while the sale is underway.

About 10 of the stores had to close after it had been determined they were unsustainable and “impossible to trade on”, Hancock says.

“We’re trying to get a sale on the remaining stores in the group,” he says.

“We identified very quickly the best and worst of the traders; we’re trying to strike the right mix of stores that come back to profitability.”

According to Hancock, creditors had agreed it might be appropriate to go to court in order to get a second meeting date extended “so we can finish off the sale process”.

Hancock says while Moore Stephens is still undertake investigations as to why the butcher chain collapsed it seemed the Peters Meats sustained losses as a result of high prices for meat cuts.

“A major reason appears to be price of beef and lamb at the moment being through the roof,” he says.

Hancock says Peters Meats is an example of a business that still struggled despite high turnover.

He estimates Peters Meats’ overall turnover before the collapse was between $60 and $80 million.

While he could not give an exact number of total employees affected by the collapse, Hancock says the administrators are trying to maintain as “many jobs as we can”.

“Where store closures have occurred, we’ve tried to transfer permanent employees to other shops that hope to be sold,” he says.

“We’ve tried to limit any retrenchments to casuals.”

Hancock says the next step is to sell the businesses and continue with the expressions of interest process.

“At this stage it has been quite positive, good response,” he says.

“We’re trying to hold everything together, to get sales and preserve employees.”

SmartCompany contacted Peters Meats for comment but did not get a response prior to publication.