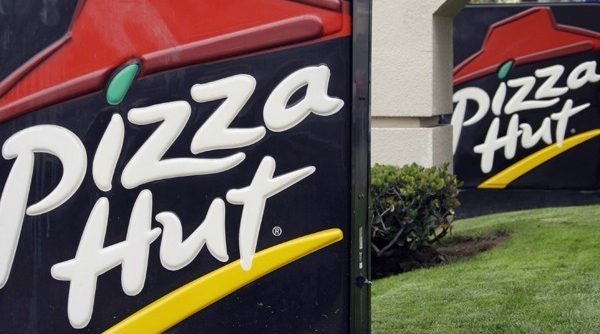 The Fair Work Ombudsman has launched action against a Pizza Hut franchisee in the Federal Circuit Court over allegations the company engaged in sham contracting activity and underpaid a delivery driver at a Gold Coast store by $6000.

The allegations stem from audits of more than 30 Pizza Hut outlets, conducted by the Fair Work Ombudsman.

Ombudsman Natalie James said in a statement this morning the decision to pursue Skyter Trade Pty Ltd, which operates the Upper Coomera Pizza Hut outlet, and its director for alleged sham contracting activity was taken because her office views these practices as “serious conduct that deprives employees of basic minimum wages and protections”.

The Ombudsman will allege the franchise owner hired an Indian delivery driver, who was a dependent on his wife’s international student visa, and treated him as an independent contractor between November 2015 and May 2016, having initially asked the worker to supply an Australian Business Number in order to start the role.

The Ombudsman alleges that in an interview with an inspector, the franchise owner admitted he paid the driver a flat rate of $16 an hour. However, the Ombudsman believes the worker should have been classified as an employee and entitled to $20.36 for ordinary hours worked, and up to $40.72 for overtime and public holidays as per the Pizza Hut enterprise agreement.

In January the Fair Work Ombudsman reported it had identified “wide spread non-compliance” at Pizza Hut stores across the country after auditing 32 Pizza Hut franchises that engaged delivery drivers, finding 92% of stores had allegedly not been complying with workplace laws.

In a speech to an industrial relations convention last month, James had the country’s pizza industry firmly in her sights, suggesting a unique set of factors in the nation’s fast food market had led to a current state of “pizza wars” that is increasing the risk of workplace law breaches.

She pointed to fierce price competition in the sector, the prevalence of international, young and low-skilled workers, and the lack of workplace compliance in the fast food sector more broadly as major risk factors for workers in the world of pizza.

James said the Ombudsman’s office has been communicating with Pizza Hut since the start of 2017 to address concerns of non-compliance.

“Unfortunately the franchise is yet to make any commitment to address what appears to be a systematic problem in its network,” James said in May.

In a statement provided to SmartCompany, Pizza Hut chief executive Lisa Ransom said the business was working with the FWO to ensure franchisees comply with their obligations.

“Now that Pizza Hut is aware of this situation we are working with this franchisee to rectify any concerns raised in the audit,” she said.

Workplace lawyer Peter Vitale says SMEs need to take serious care when classifying workers as contractors, given it is now well established that engaging a worker as a contractor for their labour alone can amount to a “sham contracting” arrangement.

“For SMEs, the idea that the default position is that you engage someone as a contractor because you think that will be cheaper is fraught with danger,” he says.

“More thought needs to go into it.”

Whether a worker is a contractor or employee comes down to a range of factors, including whether they subcontract or delegate work to others, whether they incur costs for equipment and use their own materials, and whether they are engaged on a project basis or for ongoing work.

Vitale acknowledges delivery drivers have in the past been a “gray area” on this issue, but when hiring delivery workers businesses should still be considering the specifics of the arrangement they are entering into.

“The first thing an employer should be looking at is the extent to which the person is genuinely conducting their own business,” he says.

Other factors to take into account are whether the worker has to pick up the costs for use of their own vehicle, and whether they are engaged by other businesses to do similar tasks.

“It’s more likely if the person delivering the service offers themselves generally to the public, then they’re much more likely to be a contractor,” Vitale says.

Given the Fair Work Ombudsman is placing a specific focus on potential sham contracting arrangements, SME owners should double check if they have concerns about the classification. The Ombudsman’s guide on the issue can be found here.

*This piece was updated at 2:00pm on June 15 to include comments from Pizza Hut chief executive Lisa Ransom.

Perhaps if these businesses paid the full rate and put people off as the business declined fair works would become unfunded.