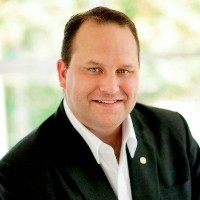 A former MP and head of a collapsed Queensland retail body has been charged with 16 counts of fraud.

TheABC reports Scott Driscoll, who headed up the Queensland Retail Traders and Shopkeepers Association and was also previously a member of the Queensland Parliament, was charged by the Queensland Crime and Corruption Commission on Tuesday with charges relating to fraud worth $725,000 between August 2011 and May 2013.

Driscoll has also been charged with two attempts to solicit secret commissions from two organisations worth at least $400,000, although the commission says it will not allege Driscoll actually received the commissions.

The charges follow an investigation by the former Crime and Misconduct Commission and Queensland Police, which commenced in April 2013.

The investigation was concluded in January and referred to the Queensland Office of the Director of Public Prosecutions, which provided advice to the Crime and Corruption Commission on October 1.

Driscoll is scheduled to appear in court in the Brisbane Magistrates Court on October 23. His wife Emma Driscoll also appeared in court this year on related fraud and perjury charges.

According to the ABC, the former politician resigned from parliament in November 2013 after the parliament’s Ethics Committee found him guilty of 49 counts of deliberately misleading parliament and hiding personal income and business dealings.

The committee recommended Driscoll be fined $90,000 and be expelled from parliament.

SmartCompany attempted to contact the Queensland Retail Traders and Shopkeepers Association but it appears the association is no longer operating.

According to Appliance Retailer, the association applied to the Supreme Court in April 2013 to be wound-up “on grounds of insolvency”, with all members of the association’s interim executive council resigning their positions at the time.

Retail Biz also reported on the collapse of the association in April 2013, which it said “left many small independents isolated”.

According to a notice published by the Australian Securities and Investments Commission, the Bank of Queensland also applied to the Supreme Court for the association to be wound-up in October 2013.

Brett Warfield, chief executive of Warfield & Associates and fraud specialist, told SmartCompany it is difficult to determine how the fraud was alleged to have been committed in the case as it is still before the courts,

But Warfield says “not-for-profit bodies have fraud just like any other organisations”.

Warfield said offences relating to secret commissions are often harder to prove as they are generally “harder to identify in the first place”.

“They usually take place behind closed doors and they usually involve someone saying ‘if you do this, I will expect this’ in terms of a percentage or dollar value,” he says.