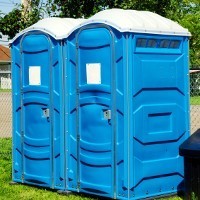 A portable toilet delivery driver has won his job back after his employer fired him last year for a breach of safety regulations, following an incident where a portaloo got too close to live tram wires.

At the time of the original case, Harrington was awarded eight weeks’ pay in compensation – which Coates successfully appealed – but last month Harrington further argued to get his old job back.

Harrington was dismissed from his role with Coates Hire following an incident in March 2014 where he was called out to move a vandalised portable toilet from a site adjacent to tram tracks on the Gold Coast.

Coates, which had been contracted by McConnell Dowell to work on the construction and delivery of a light rail network, had specific safety requirements in place to manage work near live tramlines, including maintaining a safe working distance of three metres from live wires.

But to move the portaloo at this specific site, Harrington told the commission he had to position his truck on the tracks and conceded he lifted the toilet closer than the minimum three metres distance to the live wires.

At some point during the removal of the toilet, a tram approached and signalled its presence by flashing its lights and sounding its horn. Harrington, on seeing the tram, hastened his loading and left the site.

After leaving the site, he was informed by a McConnell Dowell representative the site was live and his presence had resulted in the zone being isolated from power. Harrington argued this was the first he knew about the area being live and a hazard zone.

But Coates considered Harrington’s presence on a live site with a tram in close proximity a serious hazard and a breach of Coates’ safety requirements.

A few days later, Harrington was called into a meeting to discuss the incident and at a second meeting was shown CCTV footage of the event. He was given a show cause notice, indicating Coates was considering terminating his employment or taking other disciplinary action.

In his response to the show cause letter, Harrington detailed his otherwise good employment history with Coates and pointed out there had been no advice given to him or others about the site being live. He admitted the crane was operated within three metres of the overhead lines but reiterated his belief the wires were not live.

However, he acknowledged “in hindsight that I did the wrong thing and can only apologise for my error of judgement, and have learnt a very valuable lesson”.

Harrington was subsequently dismissed for serious misconduct in the form of a safety breach.

But Fair Work commissioner Anna Booth found Coates failed to properly take into account Harrington’s response to the show cause notice, instead “seemingly proceeding with its disciplinary process despite its content and obvious flagging of his view that dismissal would be disproportionate”.

“On the balance of probabilities, in my view, the conduct was not serious misconduct. The safety incident did not amount to a valid reason to dismiss Mr Harrington,” Booth said.

Coates argued reinstatement was impractical because the company had “lost trust and confidence” in Harrington, but Booth rejected that argument.

“Harrington struck me as an honest and very willing worker, albeit one who had, in his own words and with hindsight, done the wrong thing, an admission against interest that reinforces my conclusion,” continued the commissioner.

“Having regard to the whole of the relevant material, I conclude this is not a case where the reinstatement of Mr Harrington to his former employment, or to an equivalent position, should be regarded as impracticable.”

Employment lawyer Peter Vitale told SmartCompany the case is a reminder that employers have an obligation to consider all the salient facts and any response to a show cause notice in a dismissal.

“The [Fair Work Act] specifically says you must give the employee the opportunity to respond to allegations of poor conduct or poor performance.”

Vitale says employers sometimes go into these meetings with a “predetermined attitude”.

“It is often argued by an employee that the employer’s mind was made up before they went into the meeting,” he says, reminding employers it is important to keep an open mind.

“One of the very critical things about managing performance is to ensure that as an employer, you take time to listen to what an employee has to say and to make it clear that you have taken appropriate steps to consider what they have to say and that that informs your decision.”

SmartCompany contacted Coates Hire but did not receive a response prior to publication.