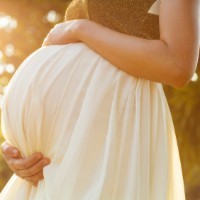 A former hairdressing apprentice has been awarded $5000 in damages after the Equal Opportunity Tribunal of South Australia found her boss “changed her attitude” towards the apprentice when she became pregnant.

Kate Halimee was employed as a hairdressing apprentice at the SeaSide Salon in Glenelg, South Australia, between November 2011 and June 2012, at which time her apprenticeship was signed off on.

While Halimee initially struck up a friendship with her employer and owner of the SeaSide Salon, Loretta Santarelli, she told the tribunal Santarelli’s attitude changed towards her changed when she informed her she was pregnant in March 2012.

Halimee said she experienced a “dizzy spell’ while at work in March and when she sat down to recover, Santarelli told her she “did not know what to do with me”. She later informed Santarelli that she would be unable to continue spray tanning appointments at the salon on advice from her doctor, which led to an argument over the phone between the pair.

While Santarelli gave Halimee a written notice about the need to improve her work performance after the incident, the tribunal found Santarelli was motivated to issue the warning because of her concerns about the potential impact of the pregnancy on the business.

The tribunal considered Santarelli wanted to establish a situation where Halimee’s employment could be terminated in the case of future incidents.

Halimee initially sought $10,500 in compensation for loss of income and damages, but the tribunal chose to award a lesser amount as it was established that she willingly signed off on her apprenticeship, which ended her employment at the salon.

Workplace lawyer Peter Vitale told SmartCompany the penalty in this case is at the “low end” of potential damages in pregnancy and sex discrimination cases but this is most likely due to a lack of evidence presented to the tribunal about “any damage to [the employee’s] health or loss of income”.

“Reading between the lines, it appears the tribunal made some sort of allowance for the fact there was a more complicated relationship between them rather than just an employment relationship,” he says.

Vitale says the case rested on the employee being able to demonstrate a change in her employer’s attitude towards her as a result of her pregnancy, which while she was able to prove to a certain extent, the tribunal did rule that some aspects of the employer’s conduct were not unlawful.

“What this case demonstrates is that it is not always easy to draw a clear line between what is a personal conflict and what constitutes unlawful conduct,” Vitale says.

SmartCompany contacted SeaSide Salon but did not receive a response prior to publication.