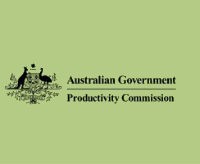 The federal government has launched an inquiry into the barriers to setting up and closing businesses in Australia.

The inquiry will be undertaken by the Productivity Commission with the aim of identifying ways government and policymakers can ease the burden on small business owners when it comes to closing or launching their enterprise.

Thousands of small businesses close their doors for the last time in Australia each year due to a number of factors that vary from industry to industry. In 2012 more than 10,000 businesses went under, according to figures from the Australian Securities and Investments Commission.

The commission has been asked to conduct a broad and wide-ranging investigation. As part of the inquiry, it will specifically investigate the nature and extent of barriers to entry and exit that currently exist for business operators and their impact on economic performance.

The inquiry will also see the commission provide advice on how to move forward on issues such as regulation and licensing, subsidies for businesses and personal and corporate insolvency regimes on business exits.

It is expected to make recommendations to the government by mid-August next year, with its findings to be considered as part of the government’s ongoing competitiveness agenda.

Peter Strong, executive director at the Council of Small Business of Australia, told SmartCompany he welcomed the inquiry and looked forward to its findings.

“We’re always lacking information around small business so it’s nice to have a focus on us,” Strong says.

“It will either prove or disprove some of the things we’ve been saying over the years.”

Strong says he is most interested in what the findings and recommendations will be for business exiting a market.

“For small business, closing something down often means it hasn’t worked,” he says.

“It often means the person is under quite a bit of duress and stress. And I want the submissions to be saying, ‘Where are they closing down from?’ I wouldn’t mind getting some data into which industry, how many people in shopping centres and what sort of franchises.”

Strong says it won’t be an issue if the report releases findings that contradict what COSBOA and small businesses have been saying – as long as industry and policymakers are dealing with the facts.

“Hopefully, this will also lead to other impact studies about impediments to growth and running a business – what it is like in certain sectors, the bad and ugly,” he says.

The Productivity Commission declined to comment on the launch of the inquiry when contacted by SmartCompany this morning. However the Commission is expected to release further information about the inquiry within the next few months.