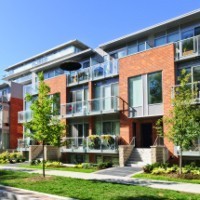 Two companies associated with Perth-based property developer Nicheliving have been penalised for misleading advertising that included advising prospective buyers they could obtain an investment property for “just $59 a week”.

According to ASIC, the “just $59 a week” advertisements are misleading because they did not disclose the “detailed assumptions and qualifications which underpinned a negative gearing investment strategy, requiring the consumer to enter into a mortgage to finance the purchase of a property and to pay an upfront amount of $35,000”.

WWA and APA have since withdrawn the advertising.

“The advertising of credit products and services must be clear, accurate and balanced, particularly in relation to the sale of real estate which may involve borrowing significant sums of money,” Kell said.

Ian Ramsay, professor of commercial law at Melbourne University, told SmartCompany this morning that the case was the latest in a series of ASIC enforcement actions over misleading statements in the property market.

“We’re seeing ASIC devote more resources to this area, and the reasons it’s doing that is in response to complaints,” Ramsay says.

According to Ramsay, ASIC is responding in part to an “extraordinary number of advertisements we see for property investment” and partly because of concerns expressed by others in the market, including the Reserve Bank of Australia, about growing risks with property investments.

Ramsay says the current case, in which significant information has not been disclosed in the advertising, “really is quite an important issue these days”.

“Especially with growing evidence of the number of Australians moving into property investment, it is one of the most significant investments people will make and dwarfs other types of investments,” he says.

“There has to be a recognition that these type of enforcement actions are very welcome but it is hard for a regulator to monitor the entirety of this industry.”

“So we’re seeing here a more active regulator, but at same time given the volume of advertisements out there at moment, it’s hard for the regulator to keep on top of it all.”

Ramsay says ASIC is currently “stuck” with substantial decline in resources, staff losses and reduced funding and is increasingly relying on consumers to point out such issues.

“At the moment there’s a real tension out there, extraordinary interest in property investment, really a number of misleading advertisements and a regulator suffering decline in resources and able to do less at the moment,” he says.

Ramsay says ASIC’s decision to get an agreement from the company to employ an independent compliance consultant in addition to the financial penalty should serve as a warning to other businesses.

“The message here is it’s better to be on the front foot and not to have the regulator impose improved compliance procedures in part because of adverse publicity.”

In a statement provided by Nicheliving to SmartCompany late on Tuesday a spokesperson said that the company acknowledged the important role the regulators have to play in ensuring compliance with advertising standards.

“The concerns expressed by ASIC related to the adequacy of the disclosure in the advertising of the detailed assumptions and qualifications which made it possible to invest with Nicheliving from just $59 per week utilising a negative gearing investment strategy,” the spokesperson said.

“ASIC did not find it was not possible to invest with Nicheliving from just $59 per week if the strategy was not adopted.”

The spokesperson said the “payment of an infringement is not an admission by Nicheliving of any contravention”.

“Nicheliving is and wishes to be a good corporate citizen. We have no intention to mislead anyone and wish only to act in accordance with the relevant statutory framework.”

*This story has been updated to reflect comments provided from Nicheliving at 2.43pm on August 11.

Do not get a house built with this company