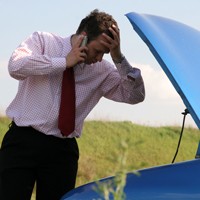 A family-owned car dealership in New South Wales has had its licence suspended by the NSW Fair Trading Commissioner after a number of complaints were received about allegedly selling unroadworthy or defective used cars.

According to the website, Familyautogroup is “one of the largest used 4WD specialist [sic] in Australia” with 30 years’ experience in the used car industry.

The Fair Trading office said it has received 64 complaints and 44 enquiries about the business over a period of about two years.

The majority of complaints were from customers who discovered the cars they had purchased were unroadworthy or defective.

The Office of Fair Trading has begun legal proceedings against the business.

The Commissioner urged those who had consigned their car to be sold by the business to pick them up and said customers who had bought a car and paid in full prior to September 16 to get in contact with the car group to arrange it to be picked up.

Catherine Logan, principal at LegalVision, told SmartCompany this morning Australian Consumer Law requires all goods supplied to consumers must be of “acceptable quality”.

“It seems that the Department of Fair Trading in NSW is acting in this matter to enforce the consumer protection provisions under the new Motor Dealers and Repairers Act 2013,” she says.

Logan says this means Fair Trading NSW is looking at goods sold by the dealership to be safe and lasting, look acceptable and do all things someone would normally expect them to do.

“As with all goods, when determining what is ‘acceptable quality’, one must take into account the usual expectations of that type of vehicle and the market, and the price paid for it,” she says.

Logan says consumer law requires the seller to offer customers a replacement or a refund for a major failure and compensation for any other reasonably foreseeable loss or damage.

“Consumers are also entitled to have the goods repaired or replaced if the goods fail to be of acceptable quality and the failure does not amount to a major failure,” she says.

“Fair Trading NSW inspectors are empowered by the act to issue enforceable rectification orders to resolve disputes between dealers and customers and failure to follow those orders can result in disciplinary action against the dealer as appears to have been the case here.”

SmartCompany contacted Familyautogroup but did not receive a response prior to publication.