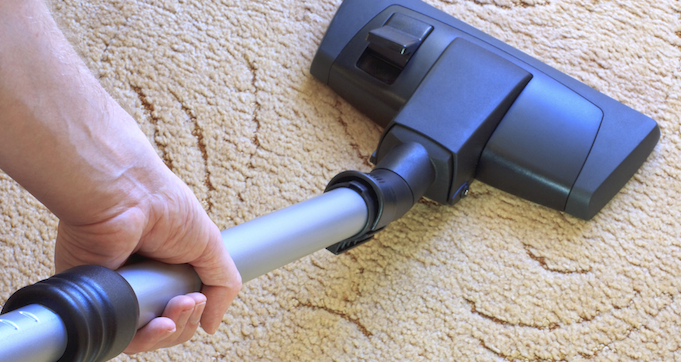 Consumer Affairs Victoria has warned members of the public to steer clear of a door-to-door carpet cleaning business that is the subject of numerous customer complaints.

David Donald, who runs a business trading under the name Donald Cleaning Services, travels to people’s homes to persuade them to let him clean their carpet, curtains and furniture.

In many instances, Donald has contacted people in their homes despite the presence of ‘do not knock’ signs, according to the consumer watchdog.

Once potential customers open their door, Donald reportedly insists on entering their home under the guise of giving a quote for cleaning services.

Once inside the house, Donald insists his services are required.

Consumer Affairs Victoria has received complaints from people who say Donald’s sales tactics are intimidating, particularly because he insists on being paid in cash immediately.

In December last year, the Victoria Supreme Court declared Donald’s conduct to be in breach of Australian Consumer Law.

An injunction was handed down to prevent Donald from continuing to carry out his services if he continues to ignore the laws governing door-to-door sales.

Under Australian Consumer Law, door-to-door salespeople must identify themselves properly and abide by a 10-day cooling off period.

Simon Cohen, director of Consumer Affairs Victoria, said in a statement the consumer watchdog is concerned Donald is continuing to take advantage of vulnerable customers, including older people.

“Recent consumer complaints suggest that Mr Donald has been active in the Beaumaris and Kyneton areas in February and the Altona and Williamstown areas in March this year,” Cohen said.

“I am concerned that a number of complaints received recently are from older consumers distressed by Mr Donald’s presence in their homes and his conduct generally.”

He says this is to protect not only consumers, but the reputation of businesses doing the right thing.

“The salesperson needs to tell you why they’re visiting and show identification,” Kent says.

“They need to leave if you ask them to leave … they need to provide their contact details and provide a written copy of the sales agreement as soon as it’s signed and inform you of your cooling rights.”

Kent points out that while the cooling-off period is usually 10 days, it can also be extended to three or even six months if the business does not comply with any of the above requirements.

“Often a consumer might realise they have a 10-day cooling off period, but they might not realise they may have an additional cooling-off period as well,” Kent says.

Consumer Affairs Victoria is urging anyone who has been approached by Donald Cleaning Services since 8 December 2015 to call its helpline.