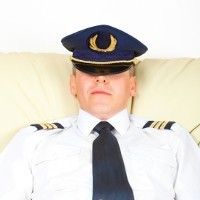 A Qantas pilot who massaged the breast of a female co-worker while intoxicated has lost his unfair dismissal bid in the Fair Work Commission.

Steven Gregory had worked for the airline for nearly 20 years when he was dismissed for serious misconduct in February last year.

On February 8, 2014, Gregory was the first officer on a Qantas flight from Sydney to Santiago, Chile, alongside three other crew members including one woman, who was named in court documents as “S/O x”.

Upon arrival in Santiago, the crew was put up at the Intercontinental Hotel for a two-night stopover before the return flight to Sydney on February 10.

On the evening of the 8th, the four crew members went out for dinner and ended up at an Irish pub. During the time at the pub, Gregory separated from the other crew members and disappeared for around half an hour.

Shortly after he returned, the other crew members noticed a significant change in Gregory’s demeanour and behaviour, alleging he had become rowdy, uninhibited and unintelligible, and had even attempted to grab the bottom of one young woman at the pub.

Deciding his behaviour was making them uncomfortable; the three crew members told the commission they decided to take Gregory back to the hotel. On the way to the hotel in the taxi, Gregory allegedly massaged the left breast of S/O x, despite her leaning forward and twisting around in an attempt to put herself beyond his reach.

The next morning, the flight’s captain decided to stand down Gregory so that he would not form part of the flight crew for the return trip the next day. Gregory was remorseful and apologetic, and claimed his drink had been spiked while he was away from the group for the half hour period.

On return to Australia, Gregory submitted to a drug test where it was found he had cannabinoids (the chemical compound contained in cannabis) in his system. After the completion of an investigation, he was terminated with five weeks’ pay in lieu of notice.

Gregory maintained his actions were a result of his drink being spiked, but Commissioner Ian Cambridge found Gregory was not an innocent victim of drink spiking.

“The significantly more plausible proposition which is most strongly supported by the totality of the evidence is that the applicant separated from his colleagues as a deliberate act in the pursuit of imbibing cannabis, or a cannabis derivative, or some other substance,” said the commissioner.

“Whatever may have been the precise reason for his elevated level of intoxication, the applicant took a decision which had clear risk attached to it,” he added.

“Unfortunately for the applicant that risk was realised and therefore personal culpability for his subsequent sexual harassment misconduct must follow.”

Employment lawyer and M+K Lawyers partner Andrew Douglas told SmartCompany an employer can stand down an employee for serious misconduct for two reasons.

“The first is when the nature of the conduct is so serious that it requires the person to be stood down for the matter to be investigated, however it is highly likely a termination will be the end result,” says Douglas.

“The second is when there is any reasonable belief that allowing the person to attend work will affect the result of the investigation,” he adds pointing to possible issues of the employee tampering with evidence or intimidating witnesses.

Douglas says in this case, Gregory’s conduct was clearly very serious and Qantas has a responsibility to provide a safe workplace for the victim of the sexual harassment.

He also says the case serves as a reminder to employers that the definition of a workplace is expanding.

“It’s worth reminding workers and employers, where a worker is specifically required to stay somewhere between work which is paid for by the employer, is probably going to be seen as a workplace.”

A spokesperson for Qantas told SmartCompany the incident shows the airline has a zero tolerance approach when its standards of conduct are breached in this way.

“All of our employees are made aware of our standards of conduct, which outline that employees are expected to behave in a professional manner and treat other employees with respect,” sais the Qantas spokesperson.

“These standards are reinforced regularly,” they added.