Radio station ordered to pay $60,000 to employees it treated as volunteers 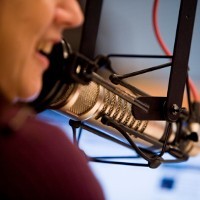 A Melbourne radio station has been ordered to back-pay two former staff members more than $60,000 in outstanding wages and entitlements after it paid them just $20 for each program they produced and presented.

However, a Fair Work Ombudsman investigation  determined the pair were in fact employees and deserved to be paid their full entitlements under the Broadcasting and Recorded Entertainment Award 2010.

The employees were underpaid $45,839 and $14,287 respectively for work performed between January 2010 and June 2013. According to Fair Work, the employees had to wait more than three months for their wages on several occasions.

In order to avoid litigation, 3CW’s sole director and secretary, Zhao Qing Jiang, has entered an enforceable undertaking with the Fair Work Ombudsman. The terms of the undertaking required a full reimbursement to both former staff and a written apology.

3CW managers must undertake specialist workplace relations training to avoid a similar situation happening in the future. The enforceable undertaking also requires independent auditors to review and report on the company’s compliance with workplace laws for the next three years.

Swaab Attorneys partner and workplace relations experts Warwick Ryan told SmartCompany the issues around whether someone is a volunteer, intern or on work experience are very topical at the moment and tend to “hover around” when the job market is tight.

“There’s two basic frameworks to look at it from,” says Ryan.

“First, look at the nature of the business – is it a commercial enterprise? If it’s a non-commercial entity – such as a charity – then obviously there are lots of people who volunteer their time and it’s clearly a volunteer arrangement.”

Ryan says most of the cases that have dealt with these issues have had to do with commercial operations. He points out that all businesses should be aware of the law when it comes to unpaid trials, working for free and internships.

“Unpaid trials can only be for a very short space of time – less than a shift or perhaps a shift,” he says.

Ryan says the important thing is for the Fair Work Ombudsman is to continue the conversation with SMEs.

“Where employers can be unstuck is sometimes people come in as part of a vocational educational placement, and the people who are placing them are so impressed by what they do they actually want to give them something but can’t,” he says. “So businesses have gotten into trouble when they’re actually trying to be generous.”

Ryan says internships have been by far the most controversial aspect of unpaid work.

“The key to work experience is they’re not stepping into a role that would be normally carried out by an employee,” he says.

“While they might be doing work that is similar to other employees that work there, it is not an actual role.”

Fair Work Ombudsman Natalie James said in a statement enforceable undertakings are used when the watchdog forms the view that a breach of the law has occurred, but the business has accepted responsibility and has agreed to co-operate and fix the problem.

“Many of the initiatives included in enforceable undertakings help to build a greater understanding of workplace responsibilities, motivate the company to do the right thing and help them avoid the same mistakes again,” she said.

“It also means we can resolve matters more speedily than if we proceed down a path towards litigation, often achieving outcomes, such as training sessions for senior managers, which are not possible through the courts.”

James also pointed out that small businesses are at a disadvantage when it comes to compliance issues because they often lack the benefits of in-house human resources or payroll staff.