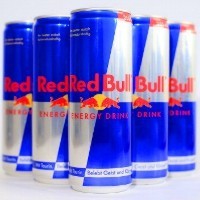 Energy drink company Red Bull has reached an expensive settlement in the United States after it was sued for false advertising.

Their gripe was not the failure to sprout wings but rather the plaintiffs claimed the drink did not improve performance as promised.

Red Bull has agreed to pay US$13 million ($14.8 million) to settle the proposed class action lawsuit.

The plaintiff representing the class, Benjamin Careathers, said he had been drinking Red Bull since 2002 as part of the lawsuit he filed on January 16, 2013 in U.S. District Court of the Southern District of New York.

The class action claims Red Bull’s marketing and labelling misrepresent both the functionality and safety of Red Bull beverages.

The suit argues Red Bull misleads consumers about the superiority of its products with its slogan “Red Bull gives you wings” and its claims of increased performance, concentration and reaction speed, to name a few.

The settlement could include millions of individuals who purchased at least one Red Bull can over the past 10 years, offering class members the option of a US$10 cash reimbursement or two free Red Bull products with an approximate retail value of US$15.

If the proposed settlement is passed by the court, Red Bull would be required to pay US$6.5 million into a settlement fund within seven days.

SmartCompany contacted Red Bull for comment but did not receive a response prior to publication.

Red Bull has issued the following statement: “Red Bull denies any and all wrongdoing or liability and maintains that its marketing and labeling have always been entirely truthful and accurate.”

Justine Munsie, partner at law firm Addisons, told SmartCompany the class action is “more likely a case of ‘only in America’”.

But Munsie says the litigation does highlight how advertisers need to be careful about how seemingly amusing and very over the top unbelievable messages might be interpreted.

She says a law firm in America managed to find enough plaintiffs in a class that were prepared to say: “When I saw these ads saying Red Bull gives you wings, I drew from that and the surrounding circumstances not a claim that I was going to grow wings but I thought it was giving me some sort of increased performance and reaction speed”.

Munsie says the plaintiffs claim is based on their belief there was something in the drink doing something over and above the average energy drink.

“Red Bull agreed to settle not for an outrageous sum but for a significant sum of money, no doubt to avoid having their advertising and formula picked apart,” she says.

Munsie says in agreeing to settle for $14.8 million Red Bull has paid the price of confidentiality and clearly regards the class action as “something more than a mere try-on”.

“In Australia I would like to think in our body of law something is not misleading and deceptive if one person draws from it a strange meaning,” Munsie says.

“The law is clear that very foolish people are not the people protected by our legislation. It has to be the average person.”