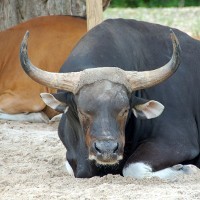 A small beer company in the US is fighting back against Red Bull after the energy drink giant filed a trademark notice against it, alleging the company’s ‘ox’ logo, slogan and name infringed on Red Bull’s rights to the design of a “bovine animal”.

The David-and-Goliath type battle echoes that of Australian brewery Wayward Brewing, which last year took on a multinational beer giant in a trademark battle and won.

Old Ox Brewery, based in the town of Ashburn in the US state of Virginia, has since taken to social media to gather support for its fight, including posting an open letter to Red Bull claiming they are being held “hostage” by its demands.

Around 10 months ago, Old Ox received a letter from Red Bull’s lawyers notifying the small business that Red Bull objected to its trademark application for their brewery name and logo, according to the Washington Post.

Graham Burns, Old Ox’s chief financial offer, told the Washington Post he thought the two companies could sort out the issues through an informal process, but Red Bull began to escalate its demands on what the brewery could and could not use in its designs.

“Every time we heard from them, it got more and more complicated. It became clear from the nature of the opposition that they opposed to the name of the brewery altogether,” said Burns.

“An ‘ox’ and a ‘bull’ both fall within the same class of ‘bovine’ animals and are virtually indistinguishable to most consumers,” said Red Bull.

“In addition, an ox is a castrated bull.”

Turning to public opinion to fight the Austrian drinks giant, Old Ox president Chris Burns blogged an open letter to Red Bull last week that said although the company seemed “pretty cool”, it was being “extremely uncool” to the family-owned micro-brewery.

“For reasons that we cannot understand, you have attempted to strong arm us into changing our identity for the last 10 months because you believe folks might mistake Old Ox beer for Red Bull energy drinks. We respectfully disagree. The only similarity between our two products is that they are both liquids,” said Burns.

And opinion is clearly on their side, with a series of posts and reviews supporting Old Ox over Red Bull.

“I don’t even like beer. But, I’ll support your business over any stupid energy drink. Btw, your logo is by far the coolest,” said one five star review.

But Narissa Corrigan, principal at Ampersand Legal, told SmartCompany small businesses need to be very careful when commenting publicly on a legal stoush.

“It can be quite risky when you take litigation public, especially if the other side is agitated,” says Corrigan, pointing to possible issues of defamation, injurious falsehood and even competition law.

“It really can come back to bite you.”

Corrigan says SMEs should be particularly careful when posting on social media and should be vigilant about what their users say.

“You need to be incredibly measured in what you’re saying when you’re publishing things on social media because you are inviting the public to comment and your company can be held responsible for what they say,” she says.

Corrigan says she can understand why Red Bull is concerned but says most small businesses would not deliberately choose to infringe upon a trademark, only to have to undertake a costly recall of products and other branding.

“If Old Ox is sensible they’d be pretty careful. I’d like to think companies like this would be sensible enough to get their trademarks right before they get their graphic designs settled, especially if they’re similar to a big, well-known brand.”

SmartCompany contacted Red Bull Australia but did not receive a response prior to publication.