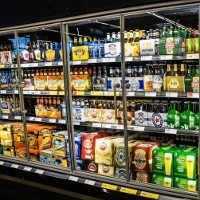 The Federal Court has ordered refrigerant gas supplier Actrol Parts to pay a $520,000 fine for misleadingly attributing price increases to the carbon tax, with around 8000 small businesses affected by the price gouging.

In May 2014 the Australian Competition and Consumer Commission initiated proceedings against Actrol Parts, which it claimed issued a letter to customers that made misleading representations about the carbon tax being to blame for significant price increases effective from July 1, 2012.

Actrol said it was increasing its prices because of large increases in the price of hydrofluorocarbon (HFC) refrigerants (R134a, R410A, R404A, R407C and R507), which are essential for the operation of the cool rooms used by many independent grocery stores and restaurants.

The court also ordered Actrol to notify each of the affected businesses by letter, to place a notice in The Australian, implement a competition and consumer compliance program, refrain from similar conduct for three years, and contribute $50,000 towards the ACCC’s costs of the proceedings.

“Back when the carbon tax was introduced, I met with the then-climate change minister, Greg Combet, and said we had a big problem,” de Bruin says.

“I told him the price of refrigerants had risen from $75 to $377 per kilogram. He was shocked by that, and to his credit, launched an investigation soon afterwards.”

Bruin says the costs imposed by the Actrol price rise had a significant impact on thousands of his members.

“Those cost burdens were imposed on ordinary families that run supermarkets, and caused a lot of unnecessary stress both in their personal lives and on their businesses. So we’re glad the ACCC has brought [Actrol] to justice,” he says.

“Our stores lose, on average, 10% of their refrigerant gas to leakage. Now, when the price of those gasses goes up by more than $240, and you need between 20 and 40 kilograms for a cool room, you’re starting to see how this would cost thousands of dollars a job.”

In a statement, ACCC chairman Rod Sims said Actrol agreed to joint submissions with the ACCC on a penalty and a statement of agreed facts filed with the court, and consented to the other orders made by the court.

“The letter misled Actrol’s customers about the impact of the introduction of the carbon tax scheme on the price of HFC refrigerant gas, which is used widely in domestic and commercial refrigeration and air conditioning applications throughout Australia,” Sims said.

“Actrol’s price increases for HFC refrigerant gas were not introduced to cover the cost of the carbon tax, but instead were made to increase its margins and to take into account increased supply costs on these products.”

Actrol Parts was contacted by SmartCompany but declined to comment.