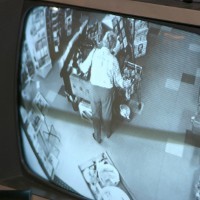 Retailers who publicly name and shame shoplifters on social media may be exposing themselves to legal risks, including defamation actions, according to one social media law expert.

But one small business owner who experiences shoplifters helping themselves to goods in their stores each week says the method works.

Matt Parry, owner of The Surf Shop in Victor Harbour in South Australia, says he catches or sees evidence of shoplifters in his two surfwear stores or fashion shop at least once a week.

Parry has taken to posting about the offenders on the company’s Facebook page and, according to News Limited, he is not the only South Australian retailer doing so. He told SmartCompany this morning the store’s Facebook posts have been a “huge success”.

“With the most recent post, within 48 hours we had 20,000 views or hits, it practically went viral,” says Parry. The result was the two individuals in the CCTV footage rang the store from Melbourne, apologised and offered to pay for the goods they had taken.

In other cases, Parry says friends and family of the individuals in the post have identified them, which he says helps as the business often has “little success with the police” in following up the alleged crimes.

Parry says The Surf Shop will only post video footage or images when they are certain the individual has stolen something and signs in the store clearly state shoplifters will be caught, publicly humiliated and referred to the police.

“The main reason we do it is it acts as a deterrent,” he says.

“People see themselves on Facebook or in the papers and they don’t want their names out there or to be shamed and humiliated.”

And Parry believes the naming and shaming of shoplifters has flow-on effects for other businesses in the community.

But intellectual property and social media lawyer Jamie White – solicitor director and owner of Pod Legal – says SMEs could be sued for defamation over a social media post that identifies and shames an alleged shoplifter.

“If a person posts material via social media that identifies a person and the material has the capability of lowering the reputation of that person in the minds of others, then allegations of defamation may follow,” White told SmartCompany.

“It does not matter if material is published via social media as any material made available online will be a ‘publication’ for the purpose of defamation law.”

White says there are a range of legal defences under defamation law that may provide some legal protection to business owners, including if the person posting the material can substantiate the material with facts or if they posted it in honest opinion.

But he says relying on these defences is “risky business”.

“If a person makes a statement that straddles the divide between permissible and defamatory, then it would be very wise to first ensure that a clear legal defence applies,” he says.

However, Parry says he is not concerned about the legal risks at this stage.

“We’re the victim here. We’re only posting about people who have actually stolen something so I don’t think there is an issue,” he says.

I’m pretty sure defamation requires the publication of FALSE information. Posting a video of someone IN THE ACT of committing a crime cannot be defamation.