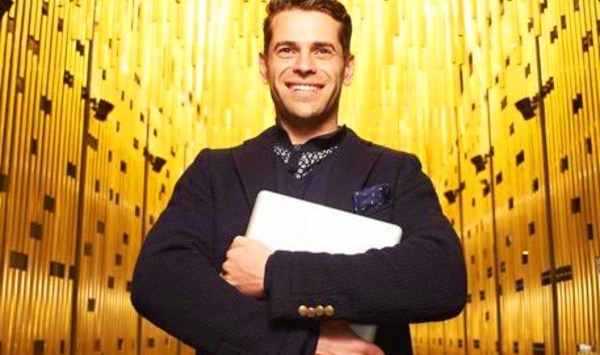 Perth-based Rich Lister Zhenya Tsvetnenko has stepped down from positions at two companies he founded, days after US authorities charged the technology entrepreneur over his alleged involvement in a fraudulent text messaging scheme worth millions of dollars.

Tsvetnenko, who debuted on the BRW Rich List with estimated wealth of $107 million in 2009, stepped down as chairman of digital currency firm DigitalX and as non-executive director of online marketing firm Mpire Media on Monday.

Both companies listed “personal reasons” for the resignations in announcements to the Australian Securities Exchange.

A spokesperson for the entrepreneur said he will defending all allegations against him but will not be making further comments as the matter is before the courts.

The US Attorney’s Office for the Southern District of New York said the charges relate to the period between 2011 and 2013.

While US authorities said consumers would often delete the unsolicited text messages “often believing them to be spam”, they were charged US$9.99 a month until they unsubscribed from the service.

While the US Attorney’s Office said Thompson and Assifush have been arrested, Tsvetnenko has not.

The other defendants in the case were previously charged in relation to their alleged involvement.

The US Department of Justice alleges Tsvetnenko became involved in the “multimillion-dollar” scheme in 2012 when he was given permission to auto-subscribe consumers to receive the text messages through a US-based mobile aggregator.

“By no later than April 2012, Tsvetnenko has started auto-subscribing consumers,” the US authorities said in the statement.

“Over the course of the next several months through mid-2013, Tsvetnenko and the Australian Content Providers auto-subscribed hundreds of thousands of phone numbers through the US mobile aggregator, and generated millions of dollars of revenue, which the defendants apportioned among themselves and were used to fund a lavish lifestyle of expensive vacations and gambling.”

While the US authorities did not specify an exact figure alleged to have been defrauded from consumers, the indictment for the case refers both to a “multimillion-dollar” amount and “tens of millions” of revenue.

Tsvetnenko generated his early wealth in the early 2000s when he worked from home to pioneer SMS gateway technology and Google AdWords.

The software engineer listed his bitcoin company Digital CC Limited via a reverse takeover of energy investment firm Macro Energy in early 2014 and was once an investor in tech startup Alphatise.

He listed online marketing business Mpire Media in 2015 through a backdoor listing with shell company Fortunis Resources and more recently, has been involved with Future Penny, a financial literacy startup.

Just another example of why some people don’t believe ‘business’ & ‘ethics’ belong in the same sentence. (I’m of an opposing view). And here’s a wrap of the sad sorry story (is scam too strong a word?) of Alphatise. –
http://www.businessinsider.com.au/inside-the-collapse-of-alphatise-the-australian-startup-that-offered-the-worlds-best-internship-but-months-later-went-bust-2015-3
And if you think I’m being harsh-what part of 961,000+ Facebook likes from 128 page visits isn’t evidence of a scam?

Could you kindly send me an email with your contact details?

Based on a threatening reply I received from one of the founders of Alphatise, in response to my previous comment, here is the 1st of my 2 replies to his threats of an action for defamation against me.
“Po box 33277. Melbourne 3004. Vic.
Fair comment & truth are valid defences in Australia.
And one of my board of advisors is a member of the Victorian bar, and is very interested in defamation cases.
I don’t make off the cuff comments without evidence.
So if you have the stomach to take me on, bring it. “