Rubbery patents: Ansell and Durex in condom legal battle Down Under 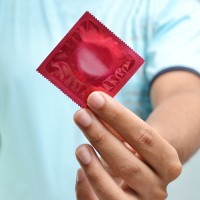 Two of the world’s largest condom makers will fight out a patent legal battle in Australian courts this year over the rights to a “natural feeling” non-latex condom.

Australian rubber company Ansell has filed a claim in the Australian Federal Court against RB, the British parent company of condom manufacturer Durex.

Ansell claims Durex’s RealFeel condom products are infringing on a number of claims of the patent of its popular SKYN range of prophylactics, according to a statement released by the company when the court documents were lodged last November.

Ansell claims the infringement by the RealFeel products has resulted in damage to the $3.3 billion ASX-listed company, including loss of sales to its SKYN product.

Ansell will attempt to stop Durex from selling its RealFeel product in Australia, as well as seeking orders for destruction of all stocks of the Durex RealFeel products, damages or an account of profits lost by Ansell, and the company’s legal costs.

A patent for SKYN condoms, which are promoted by Ansell as “the closest thing to wearing nothing”, was granted to Ansell in Australia in 2012, although the product has been on Australian shelves since 2008.

While Durex has a lion’s share of the condom market worldwide, Ansell battles the company for market share in Australia.

NDA Law director and partner John MacPhail told SmartCompany the fact Ansell is a market leader in Australia is likely why it chose to file its claim in Australian courts.

MacPhail says the case appears to be a fairly straightforward claim for the patent of synthetic rubber technology and says the only obstacle he could see in Ansell’s claim to the patent was that the product had been sold in Australia before its patent was granted, which would usually invalidate the claim for the patent. But he says in this case, Ansell has “played it safe” and taken steps to protect itself by also registering the patent in the US, which sidesteps that invalidation.

“Reading between the lines, there appears to be two reasons for investing in this patent,” MacPhail says.

“One, the product offers greater sensitivity; and, two, it offers an alternative to those with latex allergies. The first of those reasons is the true marketing value of the product. It’s not the fact that it’s not latex, but the fact it can be made very thin.”

RB, which also owns brands such as Dettol and Strepsils, issued a statement to SmartCompany declining to comment as the matter was ongoing.

SmartCompany contacted Ansell but the company declined to comment.