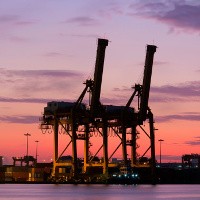 The co-founder of mining company Central Petroleum has been awarded almost $1.6 million in damages for unfair dismissal.

John Heugh started the business with Richard Faull and didn’t draw a salary in the nine years before the company listed in 2006.

The chief executive was ousted after mining billionaire Clive Palmer made a bid to control Central Petroleum’s board.

SmartCompany contacted Heugh through his lawyers but did not receive a response prior to publication.

Central Petroleum said in a statement to the Australian Securities Exchange it was in consultation with its insurers and would consider its options for an appeal.

Emma Starkey, senior associate at law firm Maurice Blackburn, told SmartCompany the payout is one of the biggest in an employment dispute.

“It’s important to note that the size of the payout arose from the terms of [Heugh’s] contract so it is a unique situation to him and his scenario,” she says.

She says the court found Heugh had taken certain steps in breach of his contract but he had fixed it up at the request of the employer, once he had done that the court said he had no basis to terminate the employment contract.

“This case really demonstrates the importance of looking at your employment contract before you start and having protections against an employer unilaterally terminating your employment,” he says.

“It’s also important for employers to remember to exercise their reasonable discretion.”