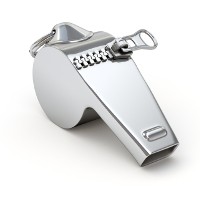 A broker who allegedly blew the whistle on insider trading at the Australian Bureau of Statistics and NAB has launched a legal claim against his former employer in the Federal Court.

Joel Murphy was head of sales at Pepperstone Financial when he says he became aware of suspicious trading by two clients, NAB employee Lukas Kamay and ABS employee Christopher Hill.

Murphy filed an unfair dismissal claim last month in the Federal Court against Pepperstone and its directors Owen Kerr and Joe Davenport.

Murphy claims he was fired shortly after alerting the Australian Securities and Investments Commission to the $7 million scandal.

Fairfaxreports Murphy’s contract was terminated on the same day news broke of the scandal.

Documents show Kerr told Murphy his contract was terminated due to “global FX market volatility being at record lows … and the entire FX trading market contracting”.

“Regrettably this means your employment will terminate,” a letter dated May 9 said.

Murphy is seeking damages of $904,779 based on bonuses he says he was owed for the period.

A directions hearing is listed for August 26.

Fairfax reports Murphy claims his complaint to ASIC falls under whistleblower protection rules in the Corporations Law, which forbid an employee from being sacked on the basis of a disclosure.

Ian Ramsay, professor of commercial law at the University of Melbourne, told SmartCompany at this stage Murphy’s claims are just an allegation.

“There’s not a great deal of these sort of claims in Australia, that’s not to say it doesn’t have merit,” he says.

Ramsay says the recent Senate committee report on the performance of ASIC included a number of recommendations for boosting whistleblower protection which had “broad support”.

The Senate committee report recommended expanding protections to make it a criminal offence to threaten or to take reprisals against whistleblowers.

“If those protections were enacted it would be likely that we would see more of these types of claim,” Ramsay says.

He says there is “modest protection” in Australia for whistleblowers.

Pepperstone declined to comment.  SmartCompany contacted Murphy’s lawyers but did not receive a response prior to publication.