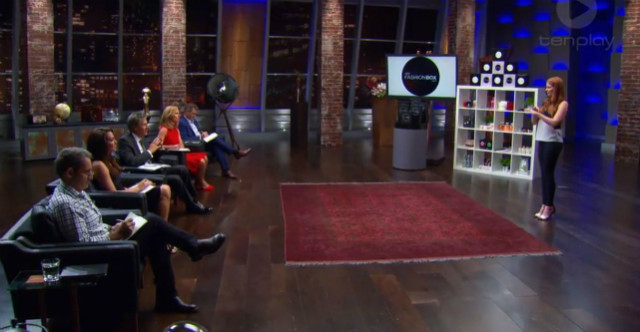 The Fair Work Ombudsman has commenced action against the company and its director Kath Purkis in the Federal Circuit Court, seeking penalties and backpay for the employees.

Her Fashion Box rose to prominence after agreeing on a $200,000 investment for a joint 16% equity stake with judges Janine Allis and Andrew Banks during an episode of season two of reality TV show Shark Tank, however, SmartCompany understands the deal did not pass due diligence after the episode aired.

In October, the New South Wales Office of Fair Trading  issued a public warning against the business, claiming it had similarly received multiple complaints about orders that had not shipped, as well as claims the business did not respond to requests to cancel or refund purchases. The warning is still available on the Fair Trading website.

Now, the Fair Work Ombudsman alleges Purkis and Her Fashion Box underpaid three employees a total of $40,543 for work undertaken between 2013 and 2015. The alleged underpayments involve contraventions around annual leave, minimum hourly rates, and overtime.

One employee working as a graphic designer for the business was allegedly underpaid more than $15,000 over two years due to underpayment of his minimum award entitlements. Her Fashion Box has so far paid the workers back a total of $13,689, but Fair Work alleges more than $26,000 remains outstanding.

Additionally, the Ombudsman alleges an employee with a university degree in graphic design worked for the business two days every week for almost six months without pay through an unpaid internship agreement, before the business gave her a one-off payment of $1000. The employee was allegedly underpaid a total of $6913, as the Ombudsman claims she was performing work that would be expected of an employee working at the company.

Trent Hancock, senior associate at law firm McDonald Murholme, told SmartCompany this morning the allegations made by the Ombudsman could “give rise to substantial penalties”, and that businesses should be wary when developing unpaid internship programs.

“The most important factor to consider is the type of work done by the worker in question. If it produces revenue or profit to the business, they would be considered an employee,” Hancock said.

“Businesses should also consider if the worker in question is required to be there for set hours, and the length of the relationship. The longer the period of engagement with the worker, the more likely it is to be an employment relationship.”

Fair Work Ombudsman Natalie James said in a statement unpaid internships are legitimate in certain situations, including for vocational placements or study.

“Legitimate internship and work placements can be a genuine way for people to further their learning or gain skills that assist in finding stable employment, but only if these arrangements are entered into lawfully in accordance with an approved program,” James said.

“Employers cannot simply choose to label an employee as an ‘intern’ in order to avoid paying their staff according to their lawful entitlements.”

The Fair Work Ombudsman also alleges that Her Fashion Box failed to comply with notices to produce documents and records on four occasions. James said the lack of cooperation from the company and the significant amount of alleged underpayment lead her office to take action.

Hancock notes the level of cooperation between businesses and the Ombudsman’s office weighs “quite heavily” on decisions around penalties. He says businesses have “no excuse” to refuse or fail to comply with a notice to produce employment documentation.

“The court holds a discretion to award the size of a penalty, so if a business can show it cooperated with the FWO [Fair Work Ombudsman] fully, it could go a long way in the eyes of the court,” he said.

SmartCompany contacted Her Fashion Box and Kath Purkis but did not receive a response prior to publication.