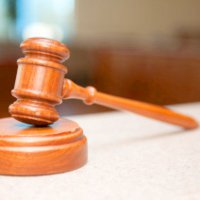 The Australian arm of international shopping community Lyoness says it feels “vindicated” after the Federal Court last week ruled its loyalty program is not a pyramid scheme and did not involve unlawful referral selling.

In legal proceedings pursued by the Australian Competition and Consumer Commission against Lyoness Australia, the consumer watchdog had alleged the company was offering financial incentives to members to recruit new members who also make a down payment on the site for their future shopping.

But the company argued members only received benefits when they shopped, regardless of whether they introduced other members or not.

“Lyoness members may introduce members and receive benefits when the new member shops in the Lyoness community, but no benefits come from the introduction alone,” Lyoness said last year.

The court accepted Lyoness’s arguments and found any entitlement for members to receive a benefit came about not by the introduction of the new members but when those new members shopped on the site.

Justice Geoffrey Flick ruled the ACCC had also failed to establish that persons could become members only by making down payments.

However, ACCC chairman Rod Sims said in a statement the court did echo some of the watchdog’s concerns and said the ACCC will carefully consider the judgment.

“The ACCC will continue to investigate schemes that encourage consumers to recruit new members. We will take action where appropriate to ensure consumers are not drawn into schemes where the financial benefits held out to induce potential members to join up rely substantially on the recruitment of further new members into the scheme,” he said.

In a statement, managing director of Lyoness Australia James O’Sullivan said Lyoness welcomes the judgment, having at all times denied the allegations and defended the court proceedings.

“As a company Lyoness is committed to compliance with consumer laws in every country we operate in,” he said.

“We look forward to continuing to provide a great shopping and loyalty experience for our members and merchants.”

O’Sullivan told SmartCompany this morning the decision not only had significance for the Australian branch of Lyoness but its global operations as well.

He says Lyoness began in 2003 internationally but only launched in Australia in 2012.

“First of all we’d like to acknowledge and thank our members and existing members for their support during the proceedings,” he says.

“We strenuously rejected the allegations, but also wanted to co-operate as fully as possible. We were vindicated.”

O’Sullivan says Lyoness Australia has just launched a new cash-back solutions program and an initiative for some of SME merchants that use the platform.

He says there are close to 50,000 SME merchants involved in Lyoness globally and about 1000 in Australia, with that figure expected to multiply quickly now off the back of the Federal Court decision.

O’Sullivan believes some have been holding back from signing up with the platform while waiting for the Federal Court’s decision.

“We’ve had some of them sign up on Friday and over the weekend,” he says.

“We want to grow the business and provide value to our merchants and shoppers.”