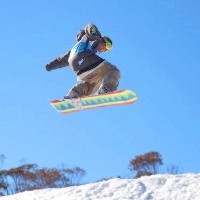 A small marketing company has won a lengthy legal battle against its much bigger counterparts over the right to use the word “Thredbo”.

In the latest example of a small business David taking on a larger business Goliath over a trademark dispute, the Federal Court ruled this week Thredbonet Marketing has the right to use the word Thredbo in its name and operations, given it is the name of a skiing region in New South Wales.

Kosciuszko Thredbo objected to Thredbonet’s use of the word Thredbo as it said the name had come to mean “more than a place” and instead was a “complete branded entity” synonymous with their operations.

The business alleged Thredbonet was engaging in “misleading or deceptive conduct by using the name to promote their business”, as Kosciuszko Thredbo was akin to Disneyland in the sense it occupied “a unique position of control over the resort”.

Kosciuszko Thredbo also accused Thredbonet of breaching consumer law and trying to dupe customers to thinking the two companies were the same.

The court first ruled in Thredbonet’s favour in mid-2013, but Kosciuszko Thredbo appealed the original judgment.

The Federal Court sided with Thredbonet for a second time this week, finding the word “Thredbo” refers solely to the geographical region and Kosciuszko Thredbo was therefore not entitled to use the word exclusively.

SmartCompany contacted Kosciuszko Thredbo and Thredbonet but did not receive a response from either company prior to publication.

Finlaysons intellectual property, media and technology partner John MacPhail told SmartCompany the outcome of the case is “not very surprising”, given the word Thredbo is “the only way practically to refer to the very successful ski operations in the Kosciuszko national park”.

MacPhail says Kosciuszko Thredbo may have been on a stronger footing had the name Thredbo been trademarked when the skiing village was established in the 1950s, but too much time has now passed.

“I don’t think there are any precedents in Australia for someone owning the name of a whole village,” says MacPhail.

While MacPhail says the Mantra Hotel Group was able to use their trademark of the Circle on Cavill building in Queensland to prevent sub-letters of the building using the name in their promotion material in 2010, he says this case related to a single building as opposed to a village.

MacPhail says he suspects Kosciuszko Thredbo may have been using the case as a means of going after other operators in the area who also use the Thredbo name, but they are now left with little option but to accept the court’s ruling.

“The case is a good example of a large corporation failing to bully a smaller company with massive litigation,” said senior lawyer Yves Hazan. And MacPhail agrees.

“It’s refreshing sometimes that [these cases] do not always end up going to the big guys,” he says.