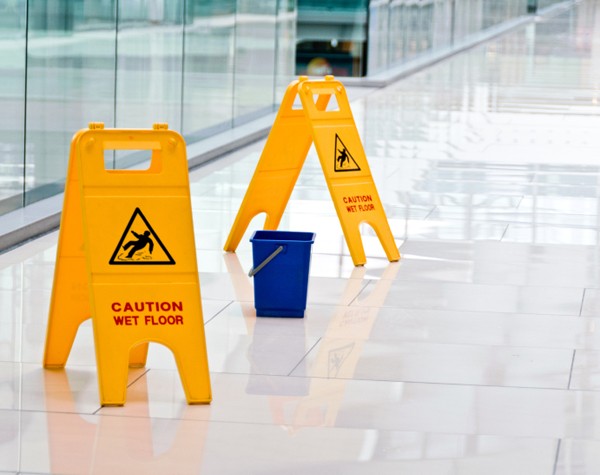 A New South Wales court has upheld an appeal against a judgment that awarded a security guard $2.2 million in damages after slipping on some stairs at work in wet weather.

The Court of Appeal last month overturned an award by the NSW Supreme Court after finding the evidence was not sufficient to establish negligence by the security guard’s employer.

Read more: Is go-away money back?

Shane Hennessy was awarded the payout after suffering a lower back injury while working for security provider FBIS at the Port Botany container terminal nearly 10 years ago.

NSW Supreme Court Justice Stephen Campbell found the “awkward” height of the entrance to the gatehouse at the top of the stairs in combination with slippery conditions when wet had exposed Hennessy to the risk of injury.

He also found an intermediate step and awning would have been reasonable precautions for wet weather.

Campbell approved an award of $1.3 million from Patrick Stevedores, which operated the facility, and $875,000 from FBIS.

But the Court of Appeal found it was unlikely an awning would prevent the door sill from becoming wet and the finding that the step was “awkward” was not available to Campbell.

The Court of Appeal set aside Campbell’s decision on the basis the evidence was insufficient to establish Patrick Stevedores and FBIS had been negligent.

Emeritus Professor Harold Luntz of Melbourne University Law School told SmartCompany the Court of Appeal found the trial judge had misapplied the basic law to the particular facts of the case.

“Every set of stairs is slippery there was nothing to show there was anything especially slippery about this one,” he says.

Luntz says the Court of Appeal found the solutions proposed by FBIS, such as putting an awning over the step, would not really have made any difference.

He says for business owners looking for guidance decisions like this one, which turn on the facts of the case, are not helpful as they don’t lay down any particular rules.

“If there’s a danger of slipping you have to take reasonable precautions to prevent anyone slipping on it,” he says.

SmartCompany contacted Hennessy through his lawyers for comment but did not receive a response prior to publication.  Patrick Stevedores (now Asciano) and FBIS declined to comment.