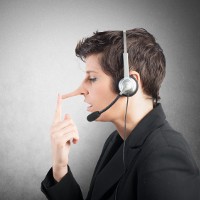 Sure Telecom has been issued with a direction to comply after it was found to have made unauthorised customer transfers from other providers in March this year, among other breaches.

According to ACMA, Sure Telecom recently breached seven rules relating to changing suppliers. According to the TCP Code, transfers between suppliers should only take place after authorisation has occurred and with the customer’s informed consent.

Of Sure Telecom’s 19 breaches, the majority related to telecommunications offers and sales practices. The industry code requires telcos to ensure their sales representatives promote their products accurately and fairly, as well as provide all relevant information to consumers before completing a sale.

“Telcos are entitled to sell new services in a way that is clear, accurate and not misleading so that consumers can make informed choices and give informed consent to those choices,” he says.

“When that breaks down, it is very important that consumers are alerted to the companies that are committing those breaches and that consumers take careful note of the compliance culture of particular companies.”

Chalmers says irresponsible behaviour has been seen among a handful of offenders at the “quite small end” of the telecommunications industry.

“I’m certainly not saying it is pervasive among small telcos – it’s isolated in terms of the companies. But there is a pattern of repeated behaviour among the proprietors.”

Chalmers says if a business finds it has had its telco changed without the correct authorisation, it should make a complaint to that particular provider.

According to ACMA, Sure Telecom has been placed in external administration. The communications watchdog is investigating whether the telco’s customers have been properly transferred to other related providers.

Sure Telecom was contacted for comment this morning but did not respond prior to publication.