SME owner jailed for advertising scam that netted $124,500: How to make sure your business isn’t stung 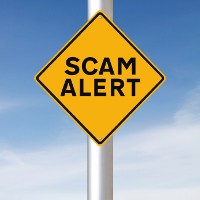 The operator of a small New South Wales advertising business has been handed a 15-month jail sentence after scamming eight mining companies out of $124,500 for ads in magazines that didn’t exist.

Appearing in the Parramatta Local Court last week, Peter Noel Anthony Sorensen became the first person to be jailed for an offence under the Australian Consumer Law in New South Wales, after resurrecting a scam he was convicted of in October 2013.

At the time, Sorensen was fined $40,000 and ordered to pay $96,000 in compensation after he pleaded guilty to 32 charges of “asserting right for payment for unsolicited services” through a company called Commerce and Resource Productions.

Sorensen had distributed hundreds of fake invoices to companies in the mining sector, asking for payment for advertisements in around 20 trade magazines that did not exist, including The National Mining Review, Australian Mining and Resource Journal and Australian Energy and Resources Journal.

According to New South Wales Fair Trading, the fake invoices carried a purported authorisation of an officer of the mining company and requested payment by electronic funds transfer.

If the payments were not made within 14 days, the accounts departments of the mining companies were contacted by a man who threatened the company with disclose and recovery actions if the bill was not paid.

More than 100 companies are estimated to have been caught in the scheme by the time New South Wales Fair Trading began to investigate.

But just five companies agreed to assist the prosecution, the rest were too embarrassed and keen to avoid any negative publicity. The five companies that did take part had been scammed out of close to $100,000, with one business handing over $59,629 to Sorenson’s company.

NSW Fair Trading commissioner Rod Stowe issued a public warning about the scheme in June, urging individuals and companies not to deal with Sorensen and his two companies.

But despite the order to repay his corporate victims – and only handing over $2200 in compensation – Sorensen was found to have resurrected the scheme in June last year, using a new business name, Mining & Resource Media, but the same Australian Business Number.

This time, he sent fake invoices to eight mining firms, seeking $124,500 for advertisements that he claimed appeared in magazines. Again, the magazines did not exist.

The NSW Minister for Fair Trading, Matthew Mason-Cox, said in a statement last week Sorensen’s jail sentence “sends a clear message to anyone who repeatedly flouts the system that they may end up behind bars”.

“In sentencing Mr Sorensen, the court took into account that he continued to scam businesses after being sentenced for his first offences, and he failed to pay a compensation order by the court,” Mason-Cox said.

“Businesses should always ask for proof of an advertisement before paying and check the invoice carefully, ensuring bills are from legitimate entities and payments are made for real service or products.”

Michael Schaper, deputy chair of the Australian Competition and Consumer Commission, told SmartCompany the consumer watchdog received just over 3500 reports of false billing scams in 2013, the last year for which the ACCC has statistics on scams.

Schaper says he takes some heart in the fact that, although the number of reports of scams is growing, the proportion of reports that involved money lost declined from around 20% in 2012. And most of the reports the ACCC receives about scams are from business owners who want to warn others.

“They are the kind of things that slip through the net,” he says. “A small business owner may think, I might have ordered that stationery and they are busy, so they pay the bill.”

He says it is becoming increasingly easy for scammers to replicate legitimate invoices, with the majority of bills and financial transactions now sent to businesses online.

1. Have a clear system for checking and paying invoices. “If a particular bill comes once a year, it’s a good idea to diarise it,” Schaper says. He also recommends having a standardised payment system and asking the same team to oversee the payment as it means they will become familiar with the payment cycle.

2. Limit who can approve payments. In an ideal situation, Schaper says a small business would have one person doing the paperwork and another checking the payments before they are made. It eliminates some of the pressure involved with receiving late payment notices, which are often paid without the proper checks.

4. Verify, verify, verify. If you receive an invoice that looks like it is from a regular supplier but they are asking you to deposit the money into a new bank account, Schaper says it’s time to pick up the phone and have a conversation. If it’s a new supplier, search online to make sure their business address and phone numbers match up. And don’t simply reply to the email address you’ve received the invoice from – you might end up verifying the scammer’s details, not your supplier’s.

5. Invest in security software and keep it up to date. Schaper also recommends backing up your accounts system and records of past payments in case you are the subject of a ransom ware attack.