David versus Goliath: How SMEs have taken on big business and survived

Picture this: you’re a small business owner or a startup founder with a fresh idea and a few thousand in your pocket to make it happen. You grind away for months to create a winning product or service that you believe to be unique and release it to the world, banking on support from customers to make your entrepreneurial dream a reality.

Three months later you receive a letter from a multinational corporation informing you your business has infringed their trademark. You have seven days to completely change your business or you’re off to Federal Court.

If you roll over, you risk having to change everything you’ve built, but if you put up a fight, you’ll be dragged into months of court proceedings against a business that undoubtedly has more resources and lawyers than you do.

It’s a modern day retelling of David versus Goliath.

The fable is one as old as time — almost literally — though Samuel’s retelling of David’s triumphant victory over the Philistine Goliath is sadly a far cry from the underdog reality the story’s meaning has morphed into today. Businesses and legal experts alike say these days, David seems to win far less often, and usually requires a bit more than just a sling to topple the dominant Goliaths.

Smaller Australian businesses have seen it from both sides, either having their products or services shamelessly copied by big players, or their businesses being taken to task by corporates over obscure trademark infringements. Both situations have left founders damned if they do and damned if they don’t, either losing thousands in lengthy court cases or thousands in lost sales and business restructuring costs.

So can startups and SMEs still follow in the footsteps of the biblical David and triumph against the Goliaths of the business world? SmartCompany spoke to two business owners who’ve been through the process, for different reasons and with different results, and found out why and how smaller players can take on the big dogs. 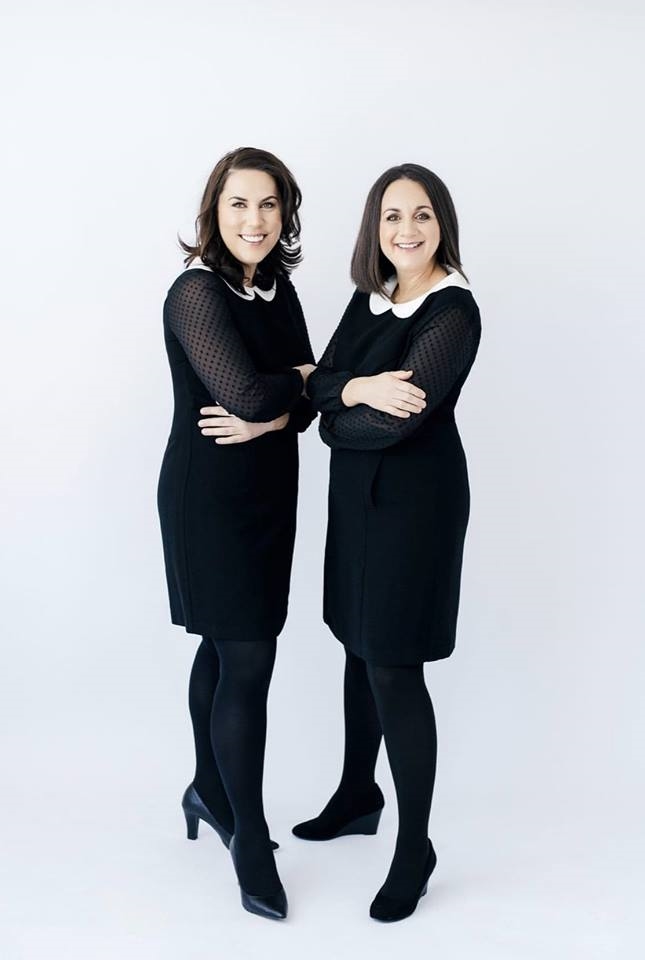 Angela Espie is the co-founder of the French Aesthetics Collective, a beauty and cellulite clinic based on the Sunshine Coast founded around two years ago with the dream of making the beauty brand into a successful franchise and a household name.

But just a few months ago, Espie and her business partner Jo McDonald abruptly found out their household name would need changing, after they received a cease and desist notice from beauty giant Estee Lauder.

This is because prior to a few weeks ago, Espie’s business used to be called La Clinique, which in the eyes of the $50 billion skincare giant was a touch too close to its well-known skin care and cosmetics brand Clinique.

The business was given seven days to completely switch their branding around or face Estee Lauder in the Federal Court, The two businesses have come to an undisclosed agreement over the issue, which Espie was unable to discuss, but the founder told SmartCompany the experience left her rattled and cash-strapped.

“We had to do a full rebrand, we had no choice. We’re a really small business, and after I got the letter I called a friend of mine in advertising that pretty much told us to make it go away, and fast,” she says.

Espie is hoping by September 1, the full rebrand of La Clinique to the French Aesthetics Collective will be complete and the business will be able to put the debacle behind them. But for Espie and McDonald, there’s still a bad taste in their mouths.

“There’s enough business for everyone. If the letter had been kind, saying we’re in breach in their trademark, but then saying ‘here’s how we can work with you to fix it up’, it could have been an awesome experience,” she says.

“But it was just unnecessary. They have an endless amount of money to spend on lawyers that they will not hesitate to fight you in the courts. I kind of wish I had said, ‘let’s go’, and taken them on.

Still a stressful process from the other side

Abigail Forsyth’s business has boomed in recent times, with the entrepreneur’s KeepCup reusable coffee cup racing off shelves in the wake of an overwhelming push by consumers towards sustainable products and practices. The cup design and name have even become a household name for all types of reusable coffee cup.

But the notoriety of the KeepCup name has started to cause issues for the small business, with Forsyth telling SmartCompany the business has to defend its patents and trademarks regularly against other businesses. One recent case was against coffee giant Gloria Jeans.

The business took the coffee franchise to court last year, alleging one of Gloria Jeans’ reusable coffee cups infringed on KeepCup’s design. The case has now been settled and Forsyth was unable to discuss the terms, but she says the company decided to take action because of the profile of the company.

And although Forsyth and her lawyers were confident in their case, she says the whole process was still “really stressful”.

“Even though it seemed to me that the case was very clear-cut, if we had gone to court and lost, our whole business would have been at stake,” she says.

“We’re a small business with just 20 staff, and I was constantly consumed by the stress of it. It was a big distraction for a tiny business, plus it was very expensive as well.

“But it was the right commercial and ethical decision for the business in the end.”

“It definitely made us stronger”

Both Espie and Forsyth highlight how stressful, expensive, and potentially ruinous their respective legal battles were, but they believe they’ve emerged from them better businesspeople.

Espie says her aspirations to franchise her business have not been halted and she’s glad the court action from the makeup giant happened sooner rather than later, as it could have been far more destructive if she had 10 stores rather than one.

“What we know about trademark law now is invaluable, and it’s been an incredible experience in the sense that it made us grow up a little bit. I’ve gone from a small business owner to a proper business owner,” she says.

“I’m much happier it happened now rather than later down the track. It’s definitely made us stronger, and presented us with a crossroads of either shutting up shop or continuing to believe in ourselves.

“You can never be upset about learning a whole bunch of stuff,” she says.

Forsyth views the sort of legal action KeepCup took as a necessary evil, and something that’s been happening since “time began” as big businesses that are traditionally slow on innovation borrow ideas from more agile, smaller businesses.

And while things are changing, Forsyth believes more legislation and rules are needed to protect small businesses from destructive actions by bigger business.

“The most challenging thing for small businesses is if you have an idea with IP [intellectual property] in it in today’s world, you need to have global protection because counterfeits can come out of any market,” she says.

NOW READ:”Don’t step on any toes”: Three tips for protecting your business against legal challenges