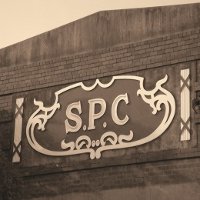 The two major issues are the shift of market demand towards fresh food and the role of Chinese imports.

Imports, mainly from China, have been singled out and demonised as “cheap, dumped and frequently contaminated”. This is a short-sighted perspective.

China is a big global player in international agribusiness. Chinese importing of fresh food provides opportunities for Australian exporters, but at the same time Chinese exports of canned food compete with Australian products in the local domestic market and in traditional export markets.

The “cheap, dumped and frequently contaminated” label will not stick for long.

China is stepping up consumer protection

While China’s canned food will remain cheap because of economies of scale and because canning technology is not much different in Australia and China, contamination is being addressed more seriously in China with new laws and regulations expected. The flow-on effect will mitigate Chinese consumer dissatisfaction with local food standards, but also improve the quality and safety of Chinese export products.

In January, China’s Supreme People’s Court announced an 18-clause guideline on how to handle civil disputes regarding food, drugs, cosmetics and dietary supplements.

The new guideline, together with an updated version of the consumer protection law, will come into effect on March 15, World Consumer Rights Day, and signal a new wave of regulatory action from the government to tackle China’s food safety problems. It gives consumers backing from the courts to sue manufacturers and retailers of unsafe food. Advertisers and publishers can be sued even before any actual harm is inflicted. Celebrities who endorse substandard products can also be sued if consumers feel they have been misled.