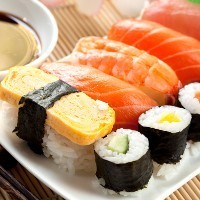 The operator of two Sushi Izu outlets in Sydney has entered into an enforceable undertaking with the Fair Work Ombudsman, after the employment watchdog found the franchisee underpaid a South Korean backpacker more than $5000 over an 11-week period.

Instead of relying on the Fast Food Industry Award 2010 to set wages for her workers, the Fair Work Ombudsman discovered Joo Young Ju rang competing businesses in the area to ask what they were paying their employees and used this information to set her wages at a “market rate”.

As a result, a 26-year-old worker who was in Australia on a 417 working holiday visa was paid a flat rate of less than $16.50 an hour, when they were entitled to $17.68 an hour for normal hours and penalty rates of up to $39.57 an hour for weekend and evening shifts and overtime.

The former employee was also underpaid annual leave entitlements during December 2013 and February 2014. Overall, he was underpaid more than $5000.

Ju co-operated with the ombudsman’s investigation and as her business had no previous complaints, she was able to enter an enforceable undertaking as an alternative to litigation.

As part of the undertaking, Fine Food Gallery has agreed to back pay the employee in full, undertake workplace relations training, self-audit employee wages and entitlements and register with the Fair Work Ombudsman’s online self-help tool My Account.

The company will also display workplace notices about the contraventions and apologise in writing to the employee.

While Fair Work Ombudsman Natalie James said in a statement Woolworths should be concerned about the underpayments, as the Sushi Izu outlets are located within Woolworths stores and Sushi Izu employees prepare sushi for Woolworths’ fresh food displays, a  Woolworths spokesperson told SmartCompany the supermarket has “no control” over the operations of Sushi Izu outlets.

“Nevertheless, we expect that all those we deal with operate within the law and will raise the matter with them,” the spokesperson says.

Swaab Attorneys partner and workplace relations expert Warwick Ryan told SmartCompany it is in the interest of employers to co-operate with the Fair Work Ombudsman as legal action through the court system can often result in significant fines, which are in addition to orders to back-pay employees’ entitlements.

Ryan says recent cases of companies receiving “elevated” fines from courts can be seen as efforts to “send a message of deterrence” to small business operators.

“My impression is the Fair Work Ombudsman and the courts are as active as they have ever been, particularly when it comes to hospitality,” Ryan says.

But Ryan says employers are left in a difficult position because if there is an underpayment, and there is the threat of a significant fine from the courts as a result of a prosecution by the Fair Work Ombudsman, the employee will “have something over you”.

“And that is never a good position to be in,” he says.

SmartCompany contacted Sushi Izu but did not receive a response prior to publication. SmartCompany was unable to contact Ju.