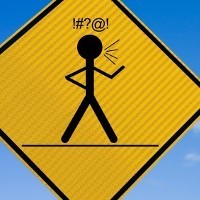 A truck driver who told his managing director he “dribbled f-cking sh-t” has won an unfair dismissal case against his employer, after the Fair Work Commission decided his comments fitted with the workplace culture.

The decision differs from a similar case last year, which saw the commission reject an unfair dismissal bid by a swearing wharfie because it found his comments amounted to aggressive behaviour towards his colleagues.

Smith claimed he had experienced mechanical and fuel problems with a truck he was given to drive on that day, when Coombes sent him a text message advising him that he was taking longer on his round than usual.

Coombes then rang Smith on his mobile, although the exact content of the three conversations was disputed.

The commission heard in one of these phone calls, Smith told Coombes, “You dribble shit, you always dribble fucking shit.”

Smith was terminated for speaking to Coombes in an unacceptable manner and using bad language on October 3.

But Deputy President Nicole Wells found his dismissal for swearing was unfair, given any use of swearing must be considered in the context of the workplace.

“There is no doubt that workplaces are more robust in 2015, as they relate to the use of swearing, than they were in the 1940s,” said Wells.

Wells found Smith’s conduct had not amounted to misconduct, as it had not involved occupational violence, breaches of health and safety policies or regulations, fraud, stealing or intoxication in the workplace.

Smith’s compensation is yet to be determined as a hearing to determine the amount is still before the commission.

Employment lawyer and M+K Lawyers partner Andrew Douglas told SmartCompany when the commission is considering misconduct, it has to look at whether the conduct is common in the workplace.

“It is not misconduct if the conduct is common for the workplace,” says Douglas.

In regards to swearing, Douglas says the commission will consider if what was said was threatening, if it was heard by anyone else and if it could be seen as intimating and bullying,

Douglas says small business employers need to be aware of people within the business that may take offence to swearing, racist jokes or similarly offensive behaviour. He says these people may not openly show they have taken offence.

“The lesson for SMEs is there is actually no place for rude behaviour in the workplace,” he says.

“The real answer is leaders are the people who need to stop using bad language, introduce a discussion to stop the use of that language and build structures that say, this is not acceptable in our workplace.”

SmartCompany contacted Aussie Waste Management but the company was unable to comment as the legal matter was still ongoing.