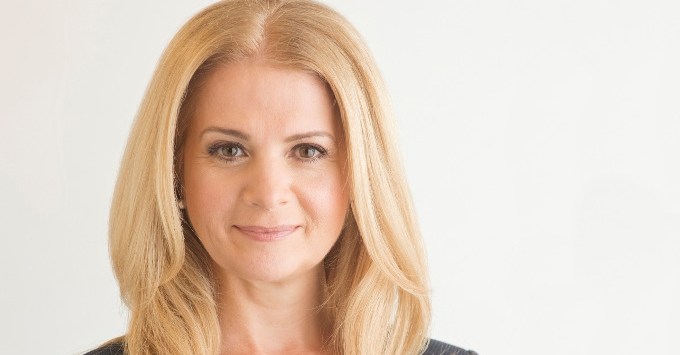 Federal and state governments across Australia have been slammed by small business advocates for a “total lack of understanding and care” for local SMEs affected by infrastructure projects.

This comes after more than 60 businesses in New South Wales filed a $40 million class-action lawsuit against the state government this week for mismanagement of the Sydney light rail construction, which is set to run at least two years over time and $500 million over budget.

The businesses argue the controversial project’s management has led to millions in dollars of lost revenue loss for traders along the affected 12-kilometre stretch of road, with the government allegedly failing to follow through on its promise that each of the project’s 31 ‘zones’ would be worked on at separate times to reduce the impact on SMEs in the area.

Partner at Mitry Lawyers Rick Mitry is the lawyer for the class action, which was reportedly served against Transport NSW in the New South Wales Supreme Court yesterday. Mitry claims the government “failed to take reasonable precautions to minimise or reduce avoidable disruptions to group members, and undertook construction works at an unduly slow pace”.

One small business that has been forced to close because of the construction work is Vivo Cafe, which was opreated for 16 years by Angela Vithoulkas, a local City of Sydney councillor and leader of NSW political party, the Small Business Party.

Speaking to SmartCompany, Vithoulkas, who has spearheaded the class action movement, says her position as a city councillor meant she was privy to both internal and external discussion leading up to the light rail construction.

She says SMEs were initially assured construction wouldn’t exceed more than six to nine months in any one zone along the route, which would have minimised disruption for local businesses.

“But here we are three years later, and they’ve ripped up the whole city from Circular Quay to Randwick and created a complete mess. And now it looks like there are another two years to go,” she says.

Vithoulkas says she began campaigning for small businesses to receive support and compensation from the beginning of the project in early 2015, and received no acknowledgement from the government until a year in. When the NSW government did begin to offer compensation in late 2017, she says it was “too little too late”.

At that point, more than 50 businesses had already closed down, claims Vithoulkas, while the ones still operating had either taken on huge debt, or their operators had left their business to start working other jobs.

“I couldn’t afford legal action myself, so the only other option was to pursue a class action. It took a year to find a legal firm and funder to take it on, and even then we have no certainty,” she says.

Up to 80% in revenue downturn

Vivo Cafe was forced to close its doors last Friday, despite the venue pulling in three ‘cafe of the year’ awards during its life and operating on one of George St’s busiest intersections. Vithoulkas is sad to see it close, but says she’s far from the only business owner who’s been forced to shut down.

“Most of these businesses have seen anywhere between 30 to 80% in revenue downturn. They’ve been detrimentally affected and probably won’t ever recover,” she says.

While she’s hopeful their case is strong, she has no idea how long it could take before it’s through the courts. However, she speculates the state government may want to wrap it up before next year’s state election.

Peter Strong, chief executive of the Council of Small Business of Australia, is also critical of the state government’s handling of the light rail construction, but says it’s a common issue regularly seen by businesses across Australia. Strong believes that, by and large, governments fail to recognise the impact of infrastructure projects on businesses, even when the projects are small.

“People hear that ‘businesses will be impacted’ and they think that’s sad, but these are human beings and people with jobs, who won’t have one because the government didn’t think properly,” he tells SmartCompany.

Strong does praise the Victorian government’s approach to their level crossing removal project, however, saying the state government’s support for small businesses potentially affected by the changes was “really good”.

Victoria’s Level Crossing Removal Authority undertakes a number of steps with potentially affected SMEs, including forums, free mentoring and meetings to actively ensure the best access to the business is maintained during the process.

But outside of this, Strong says governments show a “complete lack of understanding and care” towards SMEs, preferring to look at the potential benefits of the projects once they’re done in four years time, despite the fact many businesses would have been forced to close in the meantime.

“You can’t take the bright side to the banks”

Vithoulkas agrees with Strong, saying “you can’t take the bright side to the banks”.

Her level of irritation at the government’s management has reached breaking point, and has motivated her to launch her own Small Business Party at both state and federal levels to try and appoint a true small business representative in the parliaments.

“Small businesses haven’t ever had a direct voice in parliament to ensure all the projects have the correct checks and balances for SMEs,” she says.

“The government at the moment is lauding us as the ‘backbone of this country’ while they kick us in the guts. We’re a powerful voice, and we need to let the government know we’re not going to support the country economically while weathering the impact of these projects.

“Because if I can’t stop my business from shutting down, what hope does anyone else have?”

In a statement, a Transport for NSW spokesperson said the department understands there have been “some impacts” during the light rail construction to the 750 businesses along the alignment.

The spokesperson said the Department initiated an “unprecedented” series of business support programs starting late last year, which have dished out more than $9 million in rent assistance payments to 88 small businesses.

“We always knew this would be a complex and challenging project but we are moving ahead and progress is being made,” they said.

“ALTRAC has announced construction barriers along the light rail alignment will start being removed or reduced from November 2018.”

NOW READ: Meet Angela Vithoulkas, the woman hoping to get a small business and entrepreneurial voice in the NSW Parliament