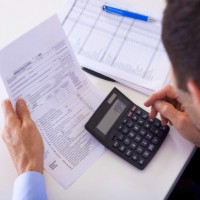 An accounting group has collapsed into liquidation, owing secured creditors about $7.5 million.

According to Fairfax reports, the Talos group has been linked to banned director Mark Bryers, who is reportedly going by another name and has been listed as the general manger of the group,

A number of small businesses have also been caught up in the collapse, with The Gladstone Observer reporting the owner of a Gladstone cleaning business is owed $17,000 because of the liquidation.

BRI Ferrier’s Andrew Cummins and Peter Krejci, who have been appointed as liquidators to the Talos group, told SmartCompany this morning they are running an asset sale process for seven accounting practices that made up part of the business.

The last of a series of creditors meeting is being held in Sydney today.

Cummins said in terms of assets, the liquidators have been appointed to seven operating entities and have already sold two.

“We expect another three will settle by Monday and offers on remaining two, which we think we will get a sale out of in the next week,” he says.

Cummins says while the annual turnover and full extent of debts owed by Talos are unknown, the group’s secured creditors are owed about $7.5 million and are “namely banks which financed acquisitions”.

He says about 30 employees across the practices have been affected by the liquidation.

“We continued employing all of them, but since [the business have been] sold the purchasers have taken over,” he says.

“We expect future sales will involve that process.”

Cummins says while the initial focus for the liquidators was on the realisation of assets, he will look more deeply into the failed business once that process is complete.

“We will focus on the investigation phase of the liquidation and there are some significant matters to deal with there,” he says.

Cummins says it is also likely more details will emerge following a meeting with the Australian Securities and Investment Commission that occurred about two weeks ago.

“After an initial discussion with ASIC, we understand it has some concerns about the Talos Group and we’re working with them,” he says.