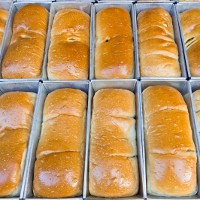 A Tasmanian business has back-paid staff almost $80,000 after a Fair Work investigation found it had failed to pay its employees the correct rates.

According to Fair Work, the employees were underpaid their minimum hourly rate of pay, casual loadings and penalty and overtime rates. The business has entered into an enforceable undertaking with the Fair Work Ombudsman to avoid litigation.

Rachel Drew, partner at TressCox Lawyers, told SmartCompany enforceable undertakings can be accepted by the Fair Work Ombudsman as an alternative to commencing a court claim against a person who has contravened the Fair Work Act.

“For employers, an enforceable undertaking can mean they avoid the cost and delay of a court battle,” says Drew.

“Possibly more importantly, it also means they can avoid being ordered to pay a fine. The Fair Work Ombudsman will generally consider accepting an enforceable undertaking where the employer readily admits the contravention, and it appears the contravention was inadvertent.”

Enforceable undertakings were introduced in 2009. Fair Work Ombudsman Natalie James said in a statement the employment watchdog has since been using them to achieve positive outcomes when a business has accepted responsibility for its actions and agrees to fix the problem.

“Many of the initiatives included in enforceable undertakings help to build a greater understanding of workplace responsibilities, motivate the company to do the right thing and help them avoid the same mistakes again,” said James.

“It also means we can resolve matters more speedily than if we proceed down a path towards litigation, often achieving outcomes, such as training sessions for senior managers, which are not possible through the courts.”

James also pointed out it can be difficult for small businesses to comply with regulations due to fewer staff who are generally more time-poor and juggle more roles than larger businesses.

“Small businesses often don’t have the benefit of in-house human resources and payroll staff, so we place a high priority on assisting them,” she said.

“Equipping people with the information they need helps to create fair and productive workplaces, as well as ensuring a level playing field for all.”

In a statement, Daci & Daci Bakers said it accepts the Fair Work Ombudsman’s ruling and have paid the staff who were underpaid their outstanding entitlements.

“This was not a deliberate attempt to not pay employees what they were entitled,” said the company.

“It was based on a misunderstanding of what was required to be paid. This was apparent by the fact that a number of employees were paid above award rates. We would never deliberately do the wrong thing by our staff, and we were shocked and disappointed when we found out what had gone wrong.”