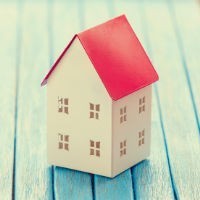 A Tasmanian real estate agency has fronted up to the Hobart Magistrates Court over allegations it falsely advertised properties as being on the ‘waterfront’, including one home that was separated from the water by a highway and two other pieces of land.

The ABC reports Tasmanian Private Realty yesterday pleaded not guilty to three counts of false or misleading representations about the location of land.

The legal action was launched after Consumer Affairs Tasmania received a number of complaints about three properties in the Huon Valley in southern Tasmania, which were allegedly advertised as being “waterfront” or “riverside”.

The court heard one property in the township of Franklin was advertised as “riverside” when it was actually set back behind Huon Highway and two other properties.

Another two properties in the town of Dover were allegedly falsely advertised as “waterfront” homes, including one house where any access to the water would have only been through crown land and a fish factory.

“They don’t abut the water directly but you see they are in the waterfront district,” Baker told the court, according to the ABC.

“It’s a descriptor of a general location rather than a specific point in space.”

But Andrew Parlour, principal at Russell Kennedy Lawyers, told SmartCompany there is a significant difference between claiming a property is “waterfront” or “riverside” and claiming it is found in a “waterfront district”.

“Most normal, reasonable people are likely to think ‘waterfront’ is on the water, where ‘waterfront district’ can be within an area close to water,” says Parlour.

Parlour says consumer law makes it very clear a business cannot make false or misleading representations about the sale or grant of an interest in land, including price, location and characteristics.

“The question is if it is likely to mislead or deceive,” he says.

“I would have thought in this instance it is just untrue to say it’s a waterfront property. If it’s set back behind a couple of blocks, it is clearly not riverside and any reasonable person would see that,” he adds.

Parlour says Tasmanian Private Realty could face penalties of up to $220,000 for an individual director and $1.1 million for a body corporate, which could potentially include a real estate agency. The company could also face injunctions and damages.

“I would think they would be hit with penalties and an injunction to stop them from making similar representations in the future,” he says.

The court will hear closing submissions next Tuesday.