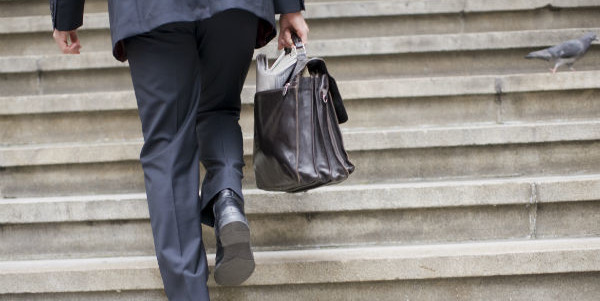 A small business owner has been fined $70,000 by the Federal Circuit Court after he was found to have used inaccurate job ads to lure young backpackers to remote Tasmania and pay them as little as $1.35 an hour.

Harold Jackson, the former operator of Harold’s Glass and Hardware and the Rhythm & Vines cafe in Queenstown, has been been found to have underpaid five backpackers – all aged in their 20s – around $43,000.

The backpackers travelled to Australia on 417 working holiday visas, with one backpacker paid $270 for four weeks of work – the equivalent of $1.35 an hour.

The court found Jackson placed ads on Gumtree and in backpacker hostels that claimed he would “sign off” on people’s working visas after 88 days.

However, when the backpackers arrived they were made to undertake hard physical labour and were “actually and financially stranded”, according to the court.

The court found some of the workers were arbitrarily sacked and Jackson refused to sign off on their 88-day regional working requirement.

When handing down the penalties, Judge Terry McGuire described Jackson’s behaviour as both “calculated” and “callous”.

“The employees were vulnerable and such vulnerability was compounded by their isolated circumstances and the deliberate and, at times, callous nature of the respondent’s behaviour,” McGuire said.

Fair Work Ombudsman Natalie James said in a statement the ruling makes it clear the exploitation of overseas workers is unacceptable and leads to serious consequences.

“We have minimum pay rates in Australia, they apply to everyone, and they are not negotiable,” James said.

“Employers cannot undercut minimum wages, even if their employees offer to accept lower rates. And they must keep accurate time and wages records at all times.”

What can be done to prevent similar cases like this one happening in the future?

Alan McDonald, managing director of employment law firm McDonald Murholme, told SmartCompany cases such as this one are “extreme and uncommon”.

However, McDonald believes something as simple as a register of visa workers that could keep track of backpackers and employers would help authorities identify unlawful behaviour sooner.

“Random checks of that register to ensure compliance in a simple audit would give everyone some comfort, especially the many good employers that always do the right thing,” McDonald says.

“The government’s decision to impose a 32% tax on backpackers, which has now been delayed six months, was a very misguided response to the problem.”

“The worst thing is to defend it is going to cost me an arm and a leg. We are talking tens of thousands of dollars and they know small business people like myself don’t have that money.”

More common than you think. At my last job, just before I left,apart from the management, I was the only person who got paid according to the law and that was because I had complained to fair work Australia on a number of occasions about a range of things. All the young people who worked there were underpaid and were not paid the appropriate penalty rates on weekend and on public holidays. They all knew that they were not being paid correctly but they did not want to challenge their employer over the matter.
Officials can make public statements like “We have minimum pay rates in Australia, they apply to everyone, and they are not negotiable,” but it means very little as the same officials that claim to want to crack down on such behavior often go on record in the media saying things like “Its only a small number of employers that commit these type of offenses” when in reality, when it comes to small business, in my 40 plus years of employment it would be the majority that rip off their employees in some way or another and in these times of high unemployment a very large proportion of employees, especially young employees wont complain for fear of loosing their job.
On the other hand every large company I have ever worked for always erred on the side of paying whatever you were entitled to and sometimes things that you weren’t entitled to just in case.

Sorry captain0 if your personal experiences are that. As a small business advocate I come across far too many small business people who overpay in fear of getting it wrong or if they are not a member of their relevant industry association accessing accurate an timely information.

The FWO is right when they say that “Its only a small number of employers that commit these type of offences”. The amount of fines and prosecutions tell the story.

I can’t believe you suggest that we live in times of very high unemployment. It is increasingly difficult for many businesses to find appropriate employees, especially those who demonstrate positive attitude, aptitude and basic educational skills.

I hope that nothing in my previous comments condone in ANY way the sort of illegal behaviours demonstrated by the business quoted in the article.