Taylor Swift is trying to trademark “1989”: What can and cannot be trademarked in Australia 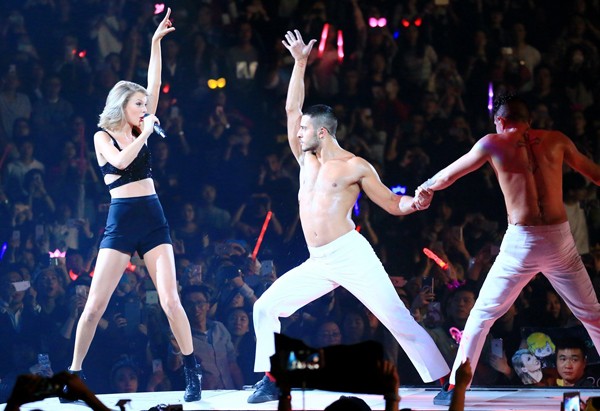 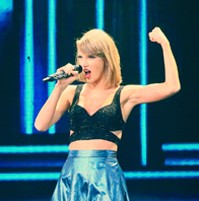 Taylor Swift may have just wrapped up her Australian tour but when it comes to protecting her copyright the international pop star is just getting started.

Swift’s IP management company TAS Rights Management has filed a trademark application in the United States to copyright the use of “1989”.

It should come as no surprise, given the album and world tour of the same name is expected to earn the American pop star around $US100 million this year, according to Forbes.

Read more: How to get what you want in business – five lessons from Taylor Swift

And Swift has form; the pop star has previously acted to trademark lyrics from some of her songs, including “Nice to meet you, where you been?” and “this sick beat”.

According to trademark applications filed with the United States Patent and Trademark Office earlier this month, Swift’s management are seeking to copyright the use of “the literal element ‘1989’ appearing in a stylised manner” for all entertainment services, including live performances.

Swift is also seeking to trademark the use of “1989” for printed publications, notebooks and clothing.

The pop star is also looking to trademark the words “Swiftmas” and “Blank Space”, according to USA Today.

Could “1989” be trademarked in Australia?

Jane Owen, partner at law firm Bird & Bird, told SmartCompany Swift is not trying to trademark the use of 1989 as a marker of time, but rather a “very stylised” use of the date, such as a logo or album title.

“If it was a stylised logo and so on it would probably be accepted [in Australia],” Owen says.

“The rule is that for trademarks to be registrable, they have to have some inherent adaption to distinguish the goods and services from other traders.

“If the trademark is usually used to indicate, in this case, the time of the production of the goods or rendering of the services, it would not be considered adapted or distinguished. But if you threw it into a logo… then that probably has an inherent adaption.”

Owen says generally speaking, businesses and individuals are unable to trademark words that indicate the kind, quality, intended purpose or geographical origin of a product or service.

“The exception is where you have sufficient evidence to be able to establish the mark has, in fact, become a distinguished trademark for your goods and services,” Owen says.

“The Moroccanoil [hair product] people had a lot of trouble getting their trademark registered as Morocco is a description of origin… so whilst it has become a popular product, it wasn’t registrable off the bat.”