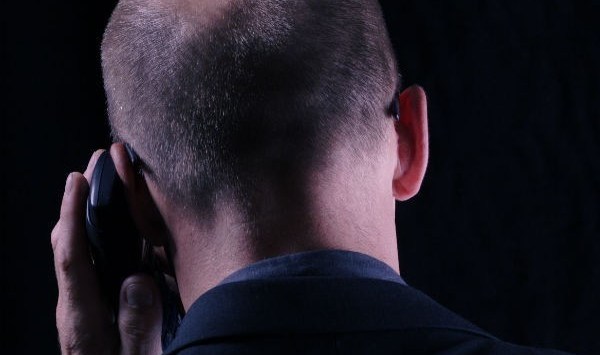 A Sydney man who worked as a corporate fraud investigator at a telecommunications company has been charged with 68 offences relating to fraud and embezzlement.

New South Wales Police said in a statement yesterday a 44-year-old man had been arrested by Fraud and Cybercrime Squad detectives, following an investigation that has been underway for more than two years.

Read more: How to spot a fraudster in your business

Police will allege the former employee fraudulently distributed more than 120 mobile phones to professional sports players, clubs and others during a four-year period between 2008 and 2012.

Police said many of the recipients of the phones believed they were part of a sponsorship deal or were gifts from the telecommunications company and investigators are not alleging there has been any wrongdoing by the sports clubs or individual players.

The former employee has also been accused of embezzling funds from payments he received that were not passed on to the company. The embezzlement charges are not related to the mobile phones.

Police have charged the former employee with a total of 68 offences, which includes 35 counts of obtaining benefit by deception, 28 counts of fraud, two counts of intention to defraud using a false or misleading statement and three counts of embezzlement.

He has been bailed and is due to appear in Wyong Local Court on August 26.

The man no longer works for the telecommunications company, but according to Fairfax, works in a corporate fraud investigation role for another company.

Fairfax has also named rugby club Manly Sea Eagles as one of the sporting clubs that allegedly received the mobile phones.

While police have not named the business that employed the man, commander of the Fraud and Cybercrime Squad, detective acting superintendent John Watson, said the company has been assisting with the investigation.

“When conducting investigations into allegations of corporate fraud or corruption, the assistance provided by the affected companies is integral to our work,” Watson said in the statement.

Andrew Morgan, forensic services partner at BDO Australia, told SmartCompany “enormous trust” is usually placed in individuals who are employed in corporate integrity roles but most businesses fail to effectively audit “what these watchers do”.

“They are often the face of integrity in the organisation and when they do the wrong thing, it is a massive breach of trust and confidence,” Morgan says,

“It is the same when a police officer is charged with a criminal offence. They hold a really trusted role and it is worse than a bookkeeper who has taken advantage of a vulnerable system.”

Morgan says all business owners and managers must “take a step back and always look objectively” at the actions of all employees.

“We call it professional scepticism,” he says.

“Everything must past the scratch and sniff test. Even if someone is in a trusted position, there should always be some form of third party verification or sampling of what they are doing.”

While police have not indicated if the former telecommunications worker made a financial gain from the alleged actions, Morgan says not all fraud is motivated by financial pursuits.

“It’s no different from the checkout chick at the supermarket who when their family comes through the checkout they ring stuff up at a discount,” he says.

“It doesn’t always have to be cash in pocket. That’s why there are charges like obtaining benefit by deception.”