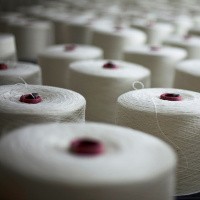 Australia’s textile union has defended a decision to offer Australian fashion labels the option of settling their legal stoush out of court, but some brands say they will stand their ground.

Labels including Driza-Bone and Nevenka were among those said to have not met minimum legal standards relating to the provision of awards, but both Driza-Bone executive director Mark Mackinnon and Nevenka owner Rosemary Masic told SmartCompany at the time they paid above award rates.

Masic said she had excellent relationships with outworkers, while Mackinnon said Driza-Bone did not use outworkers at all. He went on to say the action by the union appeared “to be a smear campaign”.

It has since been revealed the union offered each brand the opportunity to settle out of court for $30,000, prompting Employment Minister Eric Abetz to publicly attack the unions in the media and Parliament for attempting to “blackmail” brands to make up for shortfalls in funding.

“This kind of extortion by the TCFUA isn’t to support workers, it’s to prop up the union bosses at head office,’’ Abetz told The Australian.

The union responded in a statement, saying Abetz’s comments were an attack upon vulnerable workers in the industry and upon the industry itself.

“Senator Abetz is the cheer squad for companies that are now attacking the proceedings against them. Notably, Senator Abetz has not claimed that the award breach allegations are untrue,” said the TCFUA national secretary Michele O’Neil in the statement.

“It is completely normal and appropriate for parties to resolve legal proceedings by reaching voluntary settlement agreements,” she said.

O’Neil said the union is now working with a number of companies who are committed to supply chain transparency and compliance with the award.

“If other companies prefer to have these matters heard and any associated penalties determined by the Federal Circuit Court then the union is fully prepared to take this course,” she said.

O’Neil pointed to the last occasion the Federal Court heard a similar matter and imposed a penalty payable to the union of $110,550.

Mackinnon told SmartCompany this morning Driza-Bone is one such company standing its ground and refusing to settle.

“Either we have to pay the union for something that didn’t happen or we defend it,” says Mackinnon.

“The fact is we haven’t used any outworkers to make our clothing, we never understood the whole thing,” says Mackinnon.

“We’ve been accused of using outworkers and paying them $5 an hour and that hasn’t happened.”

Mackinnon says all Driza-Bone products are made in state-of-the art factories by well-paid workers.

“They are trying to make us give them some money when we haven’t done anything. We’re stuck between a rock and a hard place,” he says.

Mackinnon says despite the huge cost of fighting a legal battle in the Federal Court, the company will defend itself.

The Textile, Clothing and Footwear Union of Australia was contacted for comment, but SmartCompany did not receive a response prior to publication.