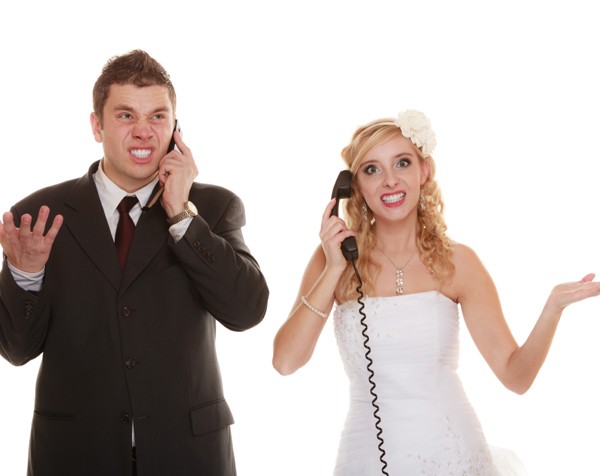 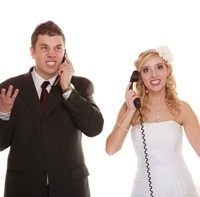 A small catering business in South Australia has been hit with more than $10,000 in penalties for taking money from a couple and then not showing up on their wedding day.

Consumer and Business Services South Australia took action against Ian Vetter, trading as The Right Chef, after Vetter accepted almost $2000 from the couple to cater for their wedding in 2013.

The couple, based in Woodcroft, told The Advertiser Vetter had assured them on the day he was on his way to the venue but he never turned up.

Friends and family of the bride and groom rallied together to purchase party pies and other finger foods from a local supermarket to feed the wedding guests, with bride Kim Bloom saying family members missed out on most of the wedding ceremony as they were preparing the food.

“It was more 30th birthday party food and not as gourmet as we had expected,” Bloom said.

“The most disappointing thing was that he lied to us and that our family missed out on our special day.”

Vetter face the Adelaide Magistrate’s Court in August and was convicted of breaching Australian Consumer Law by accepting payment and not providing the agreed services within the specified timeframe.

The court fined Vetter $8000 and ordered him to compensate the couple. The court penalties and compensation totalled $10,168.80.

“Mr Vetter not only took money for catering services that he never provided, but also caused an enormous amount of stress to the bride on her wedding day – a day that she can never get back,” Consumer Affairs Commissioner Dini Soulio said.

“This case is a timely reminder for consumers to do thorough research before deciding to engage in a contract with a trader.”

Soulio says despite The Right Chef having an Australian Business Number, business cards and a website, there are other ways to check a reputation of a business.

“Consumers are encouraged to have a good look online for reviews or check social media to see if the business has an active account and to see what other people are saying about the business and how they operate,” Soulio said.

Ursula Hogben, principal and general counsel at LegalVision, told SmartCompany both consumer law and contract law applies in cases such as this.

Hogben says consumers such as the Bloom have specified rights under Australian Consumer Law to receive goods and services they have paid for, as well as a potential refund or resupply if there is a fault with the goods or services.

She says wedding vendors will also typically enter into written contracts with customers and therefore if the service is not provided, the customer may additional rights under that contract.

Hogben says if small business owners find themselves in a situation where they cannot provided goods or services that have agreed, there are two things they should do to “mitigate the damage” and reduce both financial and reputational risk.

In the first instance, businesses should attempt to provide the customer with an alternative, such as supplying different foods, or making an effort to source a different supplier for the customer.

Alternatively, if a way to supply the goods or services cannot be found, Hogben says businesses must give consumers as much notice as possible.

“They must do everything they can to reduce the problem for the other side,” she says.

“It might sound like common sense but under the law it is called mitigating the damage and that makes a difference both under contract law and consumer law.”

SmartCompany contacted The Right Chef but did not receive a response prior to publication.