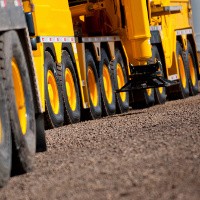 The Fair Work Commission has ruled a truck driver was unfairly dismissed by his employer, who was upset the employee contacted the Fair Work Ombudsman about his workplace rights.

Isaac Leef had worked for Riordan Grain Services as a full-time driver since October 2009. The company stores, packs, transports and trades grain, fertilisers, malt and other commodities.

Jim Riordan, managing director of Riordan Grain Services, told the Fair Work Commission he made a decision to sell two of the company’s older trucks in June 2014 in a bid to reduce operating costs and free-up working capital in the face of a downturn in the market.

The truck Leef drove was one of the two to be sold and Riordan said he advised Leef to take six weeks’ leave, telling him he could return to work if the company decided to purchase another truck. But after reviewing the business, Riordan said he decided to make Leef redundant in August.

Leef argued he was forced to take the six weeks’ annual leave and believed his decision to contact the Fair Work Ombudsman about his rights under the Road Transport (Long Distance Operations) Award 2010, as well as occupational health and safety issues in the workplace, was the real reason he was fired.

In particular, Leef referred to a phone call in which Riordan allegedly said if a hearing with the Fair Work Ombudsman goes ahead, his “future with Riordan is over”.  The employer chose not to cross-examine Leef on this evidence and therefore the commission accepted the conversation took place.

While Fair Work Commission deputy president Greg Smith found Riordan Grain Services did face “commercial considerations which warranted the selling of a prime mover and as a consequence of this, creating a reduction in the workforce”, Smith said there was “clear irritation” on Jim Riordan’s behalf that Leef had contacted the ombudsman.

Smith ruled Leef’s termination was harsh, unjust and unreasonable, also taking into account his good performance record and the lack of consultation with Leef about alternatives to redundancy.

A hearing to determine whether Leef should be reinstated or compensated is scheduled for March 5. Jim Riordan declined to comment when contacted by SmartCompany as the case is still before the commission.

While Douglas says an application for unfair dismissal was the quickest determination to assist Leef, it’s likely an adverse action claim would have resulted in a higher level of remuneration if successful.

And Douglas believes an adverse action claim from Leef would have succeeded in light of his contact with the Fair Work Ombudsman and his concerns about OH&S, as the “reverse onus of proof on the employer would have been fatal”.

“The employer was quite fortunate in a way as the application was at the lowest level of risk and costs,” he says.

However, Douglas says this case was primarily decided on the obligation under all employment awards and agreements for employers to consult with employees around significant change to the business.

“If a decision is made by a business that could lead to termination or shifting employees, it triggers an obligation to consult with employees and in some cases, the union as well,” he says.

“That didn’t occur in this case.”

“For SMEs, the lesson is incredibly simple. If you are looking at redundancies, it is likely to trigger the consultative requirements of significant change and redundancy shouldn’t be seen as a quick way of getting rid of a troublesome employee,” Douglas says.

“The second thing is if an employee raises a workplace right, you need to be acutely aware that triggers a number of responsibilities under the Fair Work Act. Employers must be careful to document reasons [for the termination] that don’t include that workplace right and be seen to be fair.”

“If you don’t do that, you are opening yourself up to unknown litigation and costs.”