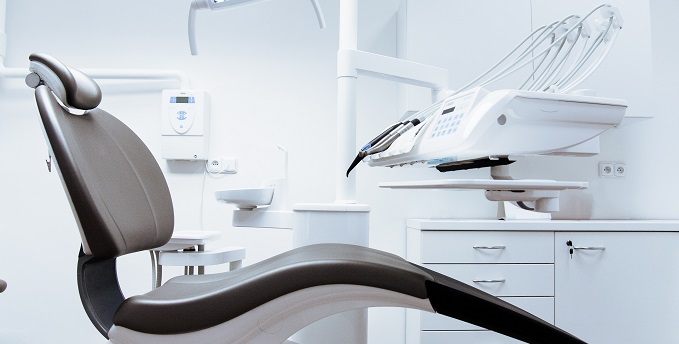 A small dentistry business who fired a practice manager for allegedly embezzling money has been ordered to pay her $40,000 in compensation after a successful Fair Work Commission (FWC) appeal.

In a case heard by the commission in Sydney yesterday, Hurstville-based Mastery Dental was decided to have unfairly dismissed the worker and must pay the compo bill within 14 days.

The practice manager was fired in September last year over allegations she stole thousands of dollars from the business, including more than $7,000 in cash from its bank account, and took almost a year of maternity leave “without authorisation”.

The worker claimed she had a verbal agreement with one of the resident dentists that she would receive a $200 weekly bonus if the business met its $12,000 revenue target, but the business denied such an arrangement existed.

The business claimed it was owed more than $33,000 in lost money and “falsely claimed” paychecks, all based on allegations denied by the dismissed practice manager.

While the employee was fired in September, she was stood down in June after a cash-balance report she filed on return from maternity leave was red flagged by the dentist’s accountant.

The dismissed worker was not paid while on maternity leave and was told she would be given her paid paternity leave in a lump sum after she returned to work.

However, the business claimed payments in financial reports during her leave and for more than a year prior were “unsatisfactory” and contained a $24,000 discrepancy.

In evidence, the employer took issue with the bookkeeping system the worker had been using, criticising her practice of labelling all cash withdrawals as “expenses”.

The dismissed worker said she had been given no training or guidance on how to prepare the books and had developed her own method over four years, prompting the employer to retort “if you do not have the relevant knowledge, you do not meet the job requirements.”

Senior deputy president Jonathan Hamberger conceded the accounting methods were “undoubtedly primitive” but said he found the employer’s argument “somewhat bizarre” given it hired and subsequently promoted the practice manager, accepting her methods for years without issue.

“The evidence, in this case, is far from clear,” Hamberger said.

“This was compounded by the primitive accounting practices used by the respondent. However, I generally accept the applicant’s version of events, especially as it was generally consistent with the written records, such as they are.

“I accept that the applicant had an understanding with the respondent that she would receive both commission and a performance bonus and that these would continue to be paid while she was on maternity leave.

“The applicant’s practice, accepted and condoned by the respondent over a long period of time, was that she would take this money herself from the respondent’s cash receipts. There was nothing hidden about this,” Hamberger continued.

Citing evidence the worker kept her employer informed of her leave requirements and other practices, Hamberger concluded there was not “sufficient evidence” to sustain the employer’s arguments, deciding in favour of the worker.

“I am satisfied that any money the applicant took from the respondent’s cash receipts was money that she was authorised to receive,” he said.

Interestingly, whether the dentist was a small-business employer was a point of contention in this case.

Under the Fair Work Act, businesses with fewer than 15 employees are classified differently to those with more.

The employer submitted it had 14 employees at the time of the dismissal last September, which would have classified it as a small business.

However, there was also a list of dentists on the books who the clinic claimed were sub-contractors, and thus not employees.

The business provided copies of purported contractor agreements with its dentists, although Hamberger noted the evidence provided were only “a very small part” of each agreement.

Hamberger doubted the dentists were genuine contractors and not employers, citing evidence given by one of the dentists in a witness statement where she described herself as an “employee”.

“There is virtually no evidence in relation to those factors which one would normally consider in determining whether a person is a contractor rather than an employee, such as the ability to delegate, the basis of payment, the provision of tools and equipment, the allocation of commercial risks, control over the work or the degree of his or her independence,” Hamberger said.

As a result, the business was deemed to have more than 15 employees and did not qualify for small-business protection.

SmartCompany contacted Mastery Dental for comment but did not receive a response prior to publication.

NOW READ: Melbourne business ordered to pay worker $20,000 for firing her after she resigned

What a bizarre case to have to decide on. So many questions with insufficient or unsubstantiated responses. How could they think they could legally fire and accuse this person of embezzlement when the financial accounting practice was undertaken over a long period of time? Why was none of it brought to question with the practice manager prior to firing her and making such accusations. Further, how could they argue she did not have the qualifications for the role yet had promoted her to it? Who can afford to be on maternity leave without pay and receive it as a lump sum on return?

Now all those dentist ‘sub-contractors’ who are really employees can claim their past superannuation from the practice. And the relevant govt authority should check to see that workers compensation insurance has been paid on all of them over the years.