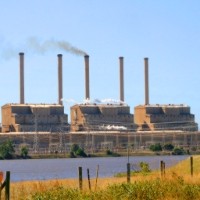 Have you received a call or email out of the blue from someone claiming to be from a government department or business such as an energy provider?

Did the caller or sender claim that, because of the carbon tax repeal, you are now entitled to a tax rebate or a refund on your previous bill?

Watch out.  The competition watchdog says this call or email is likely to be from a scammer trying to take advantage of the carbon tax repeal to steal your money.

The Australian Consumer and Competition Commission has issued a warning on its Scamwatch website that scammers may call or email small businesses with false claims that they are entitled to money upfront.

“Scammers often use major government programs or announcements like the carbon tax repeal to trick people into handing over their money or personal banking details,” the Scamwatch website warns.

“Scammers pretend to be from a government department or agency, or from a business such as an energy provider, to sound legitimate.”

The ACCC says scammers may spin a range of stories to make their story sound real, such as claiming that there is money due because of a tax refund, tax concession, one-off payment, discount, return or even a bonus.

Things to watch out for include a request for money to be sent via wire transfer as it’s nearly impossible to recover money sent this way.

How the scams work:

The watchdog says if you get this call or email you need to be cautious.

“If you have any doubts about the identity of any caller who claims to represent a business, organisation or government department, contact the body directly,” the Scamwatch website says.

“Don’t rely on numbers, email addresses or websites provided by the caller – find them through an independent source such as a phone book or online search.”

Peter Strong, executive director of the Council of Small Business of Australia, told SmartCompany COSBOA members have not complained about the scam at this stage.

“No business should be handing out personal details to anyone unless they know that person or they have a formal contact,” he says.

“The problem for small business is to make sure staff members don’t give out those details,” he says.