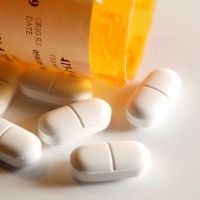 An incorporated association behind two websites claiming to cure drug addicted patients has been slapped on the wrist by the consumer watchdog.

Get Off Drugs Naturally Foundation previously claimed its remedies had an 80% success rate within 30 days and that more than 70% of its patients remained drug-free for “many years” after completing its program.

The association also had testimonials from previous customers on its websites getoffdrugs.com and getoffdrugsnaturally.com.au.

But when Consumer Affairs Victoria investigated the claims in October 2014, the association was unable to provide evidence to prove 10 of its testimonials were genuinely from patients.

The association was also unable to cough up evidence that its treatment program was supported by verified scientific evidence.

The association claimed its detoxification program removed “the physical cravings for drugs and alcohol naturally” and even rid individuals of “unwanted toxins and chemicals”.

Get Off Drugs Naturally has since agreed to an enforceable undertaking with Consumer Affairs Victoria, which requires it to post a notice on its website for six months notifying visitors that its claims are not a substitute for medical advice.

The association must also remove all false claims about the effectiveness of programs and testimonials it is unable to substantiate, as well as introduce and maintain a two-year compliance program and pay $3000 to the Victorian Consumer Law Fund.

“That is a definite target area for the regulators and one in which there is obviously a potential for vulnerability on the part of consumers who might be affected by those health claims,” Harris says.

“If you’re marketing goods on that basis then you’ll potentially attract the attention of the therapeutic goods administration as well and they have extensive enforcement powers.”

Harris says regulators now have a new enforcement tool at their disposal called a substantial notice procedure, which means they can investigate a business even if someone has not yet made a complaint.

“If you get one of these notices you need to be in a position to substantiate whatever claims you are making,” he says.

“It’s a relatively new enforcement tool and proven to be quite effective. It effectively reverses the onus of proof on the business making the claims.”

Harris says it was also interesting to note Get Off Drugs Naturally Foundation is an incorporated association.

“These are typically not seen as business organisations but the reality is they’re still subject to the consumer protection laws,” he says.

SmartCompany contacted Get Off Drugs Naturally Foundation but did not receive a response prior to publication.