When can an employer rely on past behaviour in justifying a dismissal? 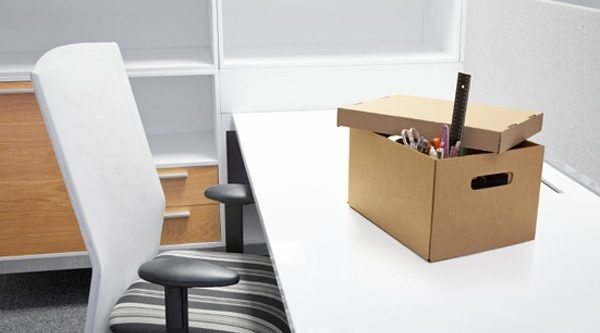 Often the decision to terminate an employee’s employment on grounds of misconduct will come as a result of repeated instances of inappropriate behaviour, rather than in response to an isolated and serious example.

However, employers should be aware that they will not always be able to rely upon a pattern of behaviour in justifying the termination of an employee’s employment.

Read more: Five lessons from some of the most important unfair dismissal cases of 2015

In this article we consider in what circumstances (if any) an employer can rely on past behaviour in making the decision to terminate an employee. In particular, we consider whether the employer’s reliance on past behaviour is a relevant consideration for the Fair Work Commission in determining whether a termination is ‘harsh, unreasonable or unfair’ under the unfair dismissal regime established by the Fair Work Act 2009.

Case 1: The importance of investigating serious incidents at work

In that case, the employee, Zeb Dewson, had been involved in an incident where he had head-butted a co-worker during a work Christmas party in December 2010. No investigation of the incident was conducted at the time, though it had been brought to the attention of management. In April 2011, a different co-worker alleged that Dewson had assaulted him on-site on two separate occasions that month. After putting these allegations to Dewson, the employer formed an opinion that the two assaults did in fact occur and that these assaults, together with the head-butting incident, established a pattern of unacceptable misconduct warranting Dewson’s termination.

Commissioner Cambridge considered the act of ‘head-butting’ a co-worker to be ‘indefensible’ and one that may have justified dismissal in and of itself.

However, in the absence of any disciplinary action taken by the employer, he held that the incident could not be used to support the decision to later terminate the employee. This 2012 decision highlights how important it is for employers to investigate reported incidents of a sufficient degree of seriousness and cautions that a decision not to do so at the time may have repercussions for decisions made relating to that employee’s employment at a later date.

Case 2: Past behaviour can be relevant if the employer responded at the time

The Full Bench of the Fair Work Commission has recently revisited the issue of an employer’s reliance on past behaviour in its decision of January 22, 2016, regarding the termination of Joseph Johnpulle.

In that case the commission was asked, among other things, to consider whether the employer was justified in citing previous incidences of misconduct in a termination letter given to Johnpulle, particularly in circumstances where those incidences were significantly less serious than those triggering the decision to terminate and which had been previously settled ‘on the shopfloor’. Ultimately, the commission was asked to determine whether the existence of these previous incidences constituted a relevant ‘other matter’ which it was entitled to consider in determining whether the dismissal of Johnpulle was ‘harsh, unreasonable or unfair’.

Johnpulle was dismissed after he was alleged to have made offensive comments about Islamic State and the Taliban to a colleague of Middle Eastern heritage on January 7, 2015. These comments, though more serious in nature, were similar to those that had been attributed to Johnpulle on three separate previous occasions. Johnpulle had previously been told to cease conversing with the colleague in this way, and had agreed to do so. No further action was taken regarding the previous comments, which were considered by the interested parties to have been ‘settled’ informally.

At first instance, Commissioner Bernie Riordan found ‘going back to revisit settled disputes, issues and allegations to be inappropriate and unfair’ and was therefore at odds with the objects of the Fair Work Act.  He considered that the employer’s consideration of past behaviour ‘fail[s] the fair go test for an employee to be subjected to a form of double jeopardy in relation to conduct which has been dealt with previously by management.’

On appeal, the employer submitted the Commissioner erred in finding that it was inappropriate and unfair to consider the previous incidents, especially in circumstances where the Commissioner had accepted that these incidents had in fact occurred and were similar to the conduct now complained of. The employer argued that the past behaviour of Johnpulle supported a conclusion that the dismissal was not harsh, unjust or unreasonable.

Conversely, Johnpulle submitted it was well established that an employer who continued to employ an employee with knowledge of the employee’s misconduct cannot later rely on that misconduct to dismiss the employee. Johnpulle argued that reliance upon past behaviour was a relevant factor in making the dismissal harsh, unjust or unreasonable.

The Full Bench agreed with Commissioner Riordan that the earlier instances of inappropriate behaviour were not in and of themselves a valid reason for dismissing Mr Johnpulle. However, the commission found that they were indeed relevant matters to consider in determining whether the dismissal was harsh, unjust and unreasonable. This was particularly so given that Johnpulle had persisted to make offensive comments despite being told to cease such behaviour and agreeing to do so. In this respect, the commission categorised the earlier instances of inappropriate behaviour as ‘not necessarily determinative’ but, as a ‘highly material consideration’ in relation to both whether the dismissal was unfair and the question of remedy.

The matter has now been remitted to Commissioner Michelle Bissett for reconsideration.

Ashleigh Mills is a workplace relations and safety lawyer at Holding Redlich.