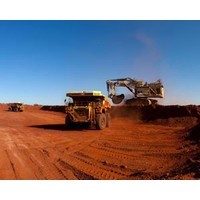 Jonathan Moylan has been sentenced to one year and eight months in jail by the Supreme Court of NSW today, but will be released immediately on a $1000 good behaviour bond for two years.

Moylan sent out a fake press release in January last year. The hoax temporarily wiped off more than $300 million from Whitehaven Coal’s share value by claiming the ANZ Bank had withdrawn a loan from the open-cut coal mine worth $1.2 billion.

Moylan, who is an environmental activist, was subsequently charged under the Corporations Act for making false or misleading statements. He pleaded guilty and faced a maximum of 10 years in prison and a $765,000 fine.

Supporters of Moylan gathered at the Supreme Court before the sentence was handed down, with the hashtag “standwithjono” trending on Twitter.

“Number one: issue a corrective statement,” he says. “Number two: report the perpetrator to ASIC. Three: put people who are or might republish the false statement on notice that it is false.”

Exposing the false press release as soon as possible is a good idea, said McLennan, because it draws attention to the person spreading false information.

“Exposing it as a prank or hoax is effective because the story itself becomes that rather than ending up as a debate about what is and what isn’t true, which could give more airtime to the hoax.”