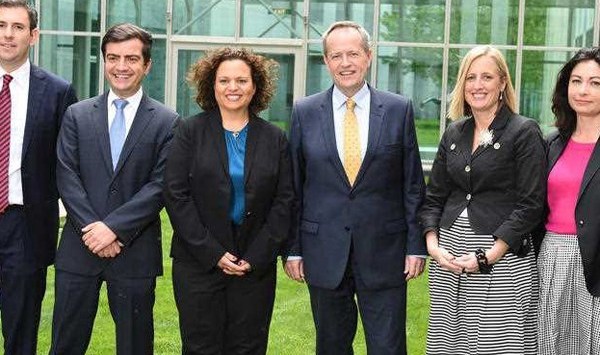 Small businesses need to be better protected from large companies but introducing an effects test is not the way forward, according to Labor’s small business spokesperson Michelle Rowland.

Speaking to SmartCompany this morning, Rowland said there is no denying a “power imbalance” between big business and small business.

However the Sydney MP is against  the introduction of an effects test because she says changing a few words in the  Competition and Consumer Act will actually do very little to help the day-today operations of sole traders and small business people.

“There’s no denying we have an issue between big and small between certain markets,” Rowland says.

“But I’m much more focused on how we facilitate cases and how the law can be used effectively. It doesn’t matter what the law says, if a small business doesn’t have the capacity to bring a case, those words just remain words in a statute. I try to approach this from a practical perspective.”

Labor has concerns of a potential ‘lawyer’s picnic’

Rowland previously worked as a competition lawyer, and says she has seen firsthand how big companies would take each other to court for years over Section 46 – the part of the Competition and Consumer Act that deals with misuse of market power.

She says these sorts of cases are very expensive and unless the Australian Competition and Consumer Commission is bringing the action, small businesses are unlikely to receive a remedy following unconscionable conduct.

“This will end up being a lawyers’ picnic,” Rowland says.

“It will result in a lot of billable hours for these big law firms. And in light of that, you’d think it’d be the big law firms saying change it. But they’re the ones arguing against it… I think you have to question that.”

While Labor is opposed to the effects test  just like Woolworths and Wesfarmers, Rowland’s comments stand in contrast to the big supermarkets  because she believes the current competition  landscape  still needs to be tweaked.

Labor is currently costing its competition policies, which it will present in part as an alternative to the effects test, and will reveal  them in the next few months.

Asked whether it will be difficult to sell an alternative to the effects test to voters when business groups such as COSBOA and the Australian Chamber  are advocating strongly for change, Rowland says small business people have their heads screwed on and know a good policy when they see it.

“I think they [the Government] are having a hard enough time selling it amongst themselves. I’m very concerned we’ll end up with some half-pregnant amendments that will try to appease everyone.

“We want to have some genuine assistance where the misuse of market power has occurred.”

If I follow Michelle Rowland’s reasoning, she is saying that if the new section 46 is passed it is going to make lawyers from big firms lots of money, so lawyers from big firms would obviously have a strong financial interest in supporting the change. Therefore, the fact that lawyers from big firms are not supporting the new law must mean it is a bad law. Glad to see she thinks that she thinks lawyers have allowed their principles to trump their financial interests! However, I think that there is a more credible explanation of why lawyers from big firms are not supporting the new laws – namely because they are worried that the new laws may actually be effective in stopping their big clients from misusing their market power. I also wonder if Michelle is aware that the SME Committee of the Law Council of Australia (which consists of lawyers with a significant small and medium business clientele) actually support the changes to section 46. Unfortunately, Labor’s position on this issue makes absolutely no sense.

Michelle is right that there are much bigger practical issues in relation to the effective enforcement in this area. It will be very interesting what she comes up with to address these issues.

On the other hand, it is also very important to get the section 46 standard correct when any consumer or business victim (regardless of size) goes up against any perpetrator (regardless of size). All our businesses need to contribute to the economy efficiently or the country will all be sunk.

The two problems with the purpose test is it is:

(a) a huge distraction for business executives and enforcers from what matters to consumers – the effect of conduct; and

(b) because no other country in the world (except New Zealand) agrees that the purpose test is a good one, it means that there are barriers to Australasian companies adapting to global norms when expanding abroad and a discouragement for foreign companies competing effectively in Australasia – which is a continent that already has an overly concentrated market insulated from competition by distance.

The ALP should be supportive of both getting the correct test in place for 46 as well as addressing the access to justice issues. There is no logical reason why these are alternatives to each other.

Unfortunately, Labor has not put any other options out there yet, despite the Harper recommendations coming out some time ago. They keep talking about how the proposed test doesn’t work, but they have not put anything forward as a substitute.

Also, the inference in Rowland’s comments that supporters of the new section 46 mustn’t have their “heads screwed on” properly if they support the new laws is pretty offensive. She should recognise that almost every peak small business organisation in Australia supports the change, as well as the current (Sims) and former Chairs (Fels) of the ACCC. Even Samuel and King are now supportive of an effects test.

However, what has really surprised me is that the union movement has not been more critical of Labor’s position on this issue. Monopolies are not just bad for consumers and small businesses, but they can have an equally, if not more, damaging effect on workers pay and conditions.