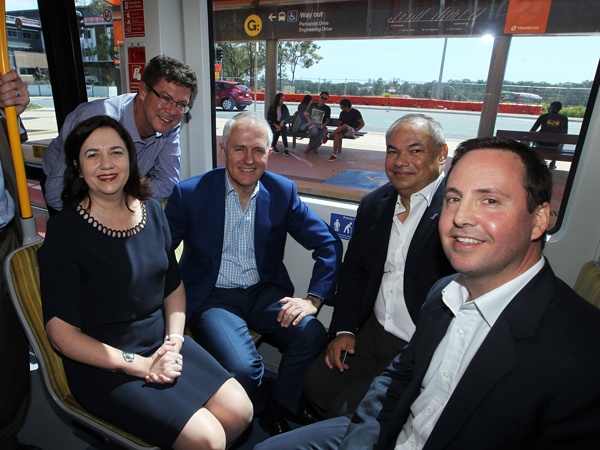 Australia has a new trade minister after Prime Minister Malcolm Turnbull unveiled his new-look cabinet over the weekend.

While the cabinet retains many of the same ministers, including small business minister Kelly O’Dwyer and industry minister Christopher Pyne, several MPs have managed to climb the ranks to take on new positions.

Turnbull had been tipped to reshuffle his frontbench ever since former cities minister Jamie Briggs was stood down following an incident in a Hong Kong bar.

Ciobo, whose electorate is based on the Gold Coast, has been in parliament since 2001 and was previously the minister for international development and the pacific.

In the meantime, Robb will continue to work on Australia’s free-trade agreementsuntil the federal election later this year.

Nationals MPs were among the key winners in the weekend’s reshuffle, with the party increasing its cabinet posts from three to four positions.

Recently appointed Nationals leader Barnaby Joyce has retained his agriculture portfolio, while his deputy Fiona Nash has added regional development to her existing responsibilities of regional health and communications.

Victorian Nationals MP Darren Chester has been promoted to cabinet and will be responsible for transport and infrastructure, a post held by previous Nationals leader Warren Truss.

Over the weekend, the National Farmers’ Federation said Chester’s promotion was good news for regional and rural businesses because it means there will be an additional country voice in cabinet.

Peter Strong, executive director of the Council of Small Business of Australia, toldSmartCompany ministerial portfolios regularly changing hands is just the nature of politics but that doesn’t mean it’s good for business.

“There are skeletons in the closet and they’re being dealt with,” Strong says.

“What we need to make sure is there are no more. This might be the fifth or six minister in vocational education and training. We need some stability there. Let’s make sure this is the last one.”

However, Strong says he welcomes an additional Nationals MP stepping into a cabinet post as it will go “some way to nullify the voices” coming out of large corporations.

“We need to have a balanced cabinet and ministry and up until recent times I was worried it was controlled by a few big businesses,” he says.