Why this sushi business was ordered to pay a former employee $25,000 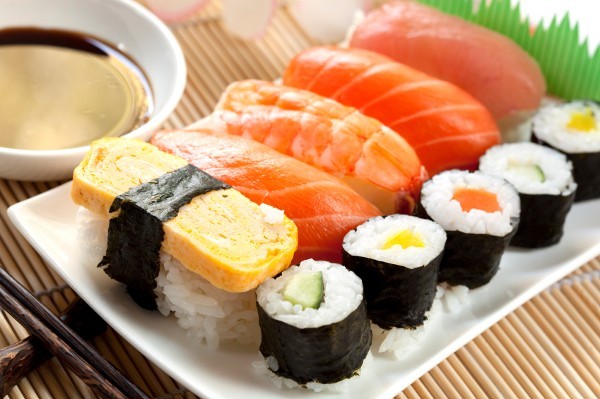 A sushi business that was placed into administration last year has been ordered to pay a former employee $25,000 after the Fair Work Commission heard the employee was told they would need to become an independent contractor or resign.

Foster lodged an application with the Fair Work Commission last year alleging he was unfairly dismissed.

Foster told the commission he was asked to either take a voluntary redundancy package or become an independent contractor in June 2015.

However, the former employee claimed the redundancy offer was retracted the next month.

Foster handed in what he called a “forced resignation” in August.

Liquidator Mitchell Ball, from BPS Recovery, resolved to wind-up the company in February this year.

Foster asked the Fair Work Commission to order he be compensated for lost income, arguing he was subjected to a “deliberate campaign to manage him out” which had a significant impact on his wellbeing.

Pacific Retail Management, the company that owned Sushi Tribe before it was liquidated, did not appear at a January hearing and did not lodge any witness statements.

Sushi Tribe’s administrators also did not appear at the January hearing.

“I am satisfied that the applicant was protected from unfair dismissal, and that the dismissal was unfair and a remedy of compensation is appropriate,” Fair Work Commission deputy president Jeff Lawrence said in his judgment.

“I am further satisfied that each party has been accorded a ‘fair go all round’.”

In a statement provided to SmartCompany, Foster said he and his family are pleased with the Fair Work Commission’s decision.

“This is a moral victory against bullying in the workplace,” Foster says.

“All I ever wanted was to accept my redundancy and get on with life.”

Foster says his redundancy was denied by his direct managers, as well as long service leave entitlements, and he encourages other employees who believe they are in a similar position to take action.

“Having represented myself throughout this claim, I’ve committed many hours to researching and building my case over the last six months,” he says.

“I encourage anyone who is offered a sham contract or treated harshly, unjustly or unreasonably to contact the Fair Work Commission immediately, for a fair go.”

“The sham contracting provisions essentially say that you can’t terminate someone’s employment because you want to turn them into a contractor,” Vitale says.

SmartCompany contacted Pacific Retail Management, the company that operated Sushi Tribe before it was placed into administration, but the company declined to comment.

*This article was updated on April 19 to include more information from the Fair Work Commission’s judgment and again on April 20 to include a response from John Foster.

How come you didnt mention anything about the numerous examples of bullying that John also had to deal with after he rejected his wrongly calculated redundancy package? This was also listed in the court documents.

Compensation of $25,000 seems rather low but I guess that‘s a consequence of Sushi Tribe going into administration.

What is the prospect of the compensation being paid at all if it sits alongside other unsecured creditors? Is there even enough cash in the business to pay for it ….possibly not.

Does it cover the non-payment of superannuation, long service leave and annual leave? It doesn’t seem to. Hopefully, these legal entitlements will be paid to Foster and any other employees by the Liquidator. Ironically, this might be all he ends up with.

Is this the behaviour of an award winning entrepreneur?

Did Sushi Tribe get reborn?

Is this the tip of the iceberg?

The administrator, BPS Recovery is currently trying to calculate the amount available for distribution to the creditors. I’m waiting to hear back from them. I don’t want to speculate the total remaining after BPS has taken their admin, research and liquidation fees, however i will say it appears there was barely enough left to pay BPS. I’ve been advised that Superannuation should be pursued through the ATO. A BPS report to creditors shows the ATO is claiming over $760,000.
I might ad that i was not contacted for comment and the article, including my name and compensation amount was published without my consent. The reporter failed to mention my former boss Nicola Mills and her colleague Kate McMahon by name in the article. He also failed to mention that at the time of the redundancy/sham contract offer and the subsequent bullying, i had been with the company 8.5yrs, my wife was unemployed and we had a 6 month old baby. This is not the behaviour of an award winning CEO or marketing manager. The new company name is Happy Tribe and yes, this is just the tip of the iceberg.