Woman awarded $27,000 after being sacked for working in same office as ‘abusive’ husband 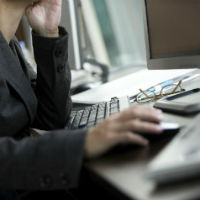 A Melbourne architectural firm has been ordered to pay a former employee $27,500 in compensation after the Fair Work Commission found the worker had been unfairly dismissed after allegedly being abused by her husband who also worked for the company.

While Eliana Construction and Developing Group argued the worker had resigned from her position, Fair Work Commissioner Julius Roe ruled in favour of the evidence of the worker, who said she was unfairly sacked after her employer said it was not possible for her and her husband to continue working in the same office.

The worker had been employed as a draftsperson at Eliana since June 2014. However, her employment ended in January this year after an alleged violent incident involving her husband that she said left her in fear of her life.

The employee returned to work three days after the incident took place, at which time a police-initiated intervention order was in place to exclude her husband from contacting her or going to the family home.

However, the intervention order had been amended by a magistrate to allow both the worker and her husband to continue working from the same office but it specified the husband was not to “approach or remain within three metres” of the employee.  The employee gave evidence that she was comfortable with those arrangements.

The director of Eliana told the commission he informed the female employee at a meeting that he could not have the pair “both working in the office in the same department” as he could not protect the woman from her husband.

In evidence, the director said he told the worker he could not fire her husband and suggested the employee work from home. He said the employee gave him an ultimatum that either she or her husband had to leave, and when he said he “could not help her” she offered her resignation.

But in the employee’s version of events, the company’s director allegedly told her he had to terminate her employment “because it would not be safe or nice for the employment to continue” and “keeping you both in the office is a no”.

Commissioner Roe ruled the intervention order on its own was not a valid reason for dismissal.

“Secondly, I am not satisfied that it was impossible for the two persons involved to continue in employment.”

Roe also ruled Eliana did not make reasonable adjustments to accommodate the worker’s circumstances and given there were no serious concerns about her performance and that she was in a vulnerable position, the dismissal was harsh, unjust and unreasonable.

Roe said it would not be appropriate for the employee to be reinstated and ordered she be paid $27,500, the maximum allowable compensation for 26 weeks of work.

Employment lawyer Peter Vitale told SmartCompany this morning the commission ruled against the employer in this case because Eliana did not “take any reasonable steps to explore how it could go about complying with the restraining orders issued by the magistrate”.

“The employee gave evidence she was comfortable with the arrangements as they would have been without alterations but the employer didn’t even give her an opportunity to test the arrangements,” Vitale says.

Vitale says it was the “unwillingness” of the employer to even explore if the pair could continue working in the same office that led to the commission viewing the company’s actions as “completely unreasonable”.

“It may have been a different outcome for the employee and there may not have even been an unfair dismissal case if the employer had, for instance, tried the arrangements out and then discovered it was untenable to have the two people working in the same workplace,” Vitale says.

SmartCompany contacted Eliana but did not receive a response prior to publication.